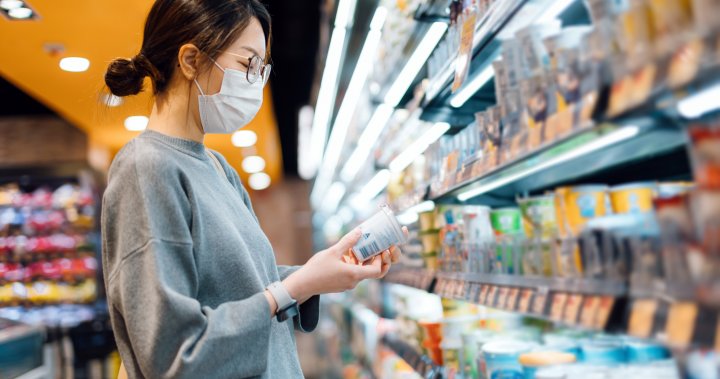 As the pandemic continues to wreak havoc on supply chains and the labour market, British Columbians have felt the financial squeeze.

Experts don’t foresee much relief on the horizon in 2022 as the bill comes in for back-to-back natural disasters and the housing market continues to sizzle.

From food to fuel, here are four ways life is about to get more expensive in the New Year — and a handful of ways that it probably won’t.

According to Canada’s Food Price Report for 2022, food prices are expected to increase between five and seven per cent in 2022. The costs of dairy products and restaurant bills will see the greatest cost increase — between six and eight per cent.

That could translate into nearly $1,000 extra dollars on the grocery bill for a Canadian family of four.

British Columbia, whose food prices were forecast to decrease in 2021, is now listed among the provinces where food prices will go up — at a “higher than average” rate, according to Sylvain Charlebois, project lead and director of the Agri-Food Analytics Lab at Dalhousie University.

“I think it has a lot to do with what happened recently with the floods,” he explained.

“We just surveyed Canadians on food access and generally speaking, about 20 to 22 per cent of Canadians have actually seen empty shelves due to supply chain issues but in B.C. it’s actually 41 per cent.”

Heating your home will become more expensive too.

FortisBC warned that gas rates will increase by 3.47 per cent this month to reflect the rising market price of the commodity. The utility provider expects rates to jump from $3.84 per gigajoule to roughly $4.50 per gigajoule.

“In terms of monthly impact, our customers are going to be looking at about a nine-per cent monthly impact on their bills … which works out to about $8 more per month,” said Diana Sorace, spokesperson for FortisBC in an interview.

Rates increased across the province by a similar amount in October and will be reviewed again in March.

British Columbia’s carbon tax will also increase from $45 to $50 per tonne of greenhouse gases on April 1, 2022. Its climate action tax credit, however, will follow suit three months later with an increase from $193.50 per adult and $56.50 per child.

British Columbians will see larger deductions on their pay stubs this year year.

The federal government has increased the Canada Pension Plan earnings ceiling at the highest rate in 30 years, meaning workers and businesses who contribute to the plan will take a hit.

In Vancouver, property taxes are about to go up.

This month, the city passed its 2022 budget, which included a 6.35 per cent hike in property taxes, largely attributed to increased spending on the Vancouver Police Department.

The tax hike is expected to cost the median condo owner an additional $6 per month in 2022. The owner of a median detached home will pay an extra $14 per month, and a median business property owner will pay another $26.

Renters won’t be off the hook for increases either — the B.C. government’s province-wide pandemic freeze on rent expires on Dec. 31.

Effective Jan. 1, landlords can raise the rent by 1.5 per cent, provided three months’ notice has been provided, meaning many renters could be paying more in the New Year. The maximum allowable increase has been set based on the rate of inflation and can only be imposed on tenants once per year.

Those looking to buy a home can expect to pay a premium too, said Thomas Davidoff, as record-low home listings continue to drive up the sale price.

“I think in the short run, it seems like there are still more buyers and sellers out there, which tends to lead to price increases,” explained the associate professor at the UBC’s Sauder School of Business.

Low listings may lead to pent-up sellers, Davidoff added, but even if more homeowners sell in 2022, they’ll probably end up in the buyer’s market, keeping the pressure steady.

The Bank of Canada aims to keep the annual inflation rate between one and three per cent in 2022. As employment numbers go up and economies rebound, it may increase its trendsetting interest rate — but not likely before April, it said in December.

In the long-term, rising interest rates could create “a rush to buy,” said Davidoff, followed by a “downward pressure” on the market when the costs of borrowing start to go up.

2:07
Should B.C. look towards ending single-family zoning like New Zealand?

While it may seem like everything is getting more expensive, there are a few costs that are not forecast to rise in the New Year.

There will be no basic rate change at ICBC until December 2022, meaning that if a change were required, it wouldn’t take effect until 2023.

The Insurance Bureau of Canada is “not expecting rate increases” for home insurance either, but noted that “severe weather trends are concerning.”

No single weather event leads to an increase in insurance premiums, wrote spokesperson Vanessa Barrasa by email, and if natural disasters were to affect premiums, it would happen “in time.”

BC Hydro has requested a rate decrease of 1.4 per cent in 2022, meaning the average residential customer will see savings of about $23 per year or $2 per month.

After that, the utility company has requested increases of 2 and 2.7 per cent for an annual average rate increase of 1.1 per cent over three years. The rates are still pending approval from the BC Utilities Commission.

British Columbians will feel the impacts of the COVID-19 pandemic, the wildfires and the floods for many years to come, but the squeeze will manifest in different ways.

In order to keep economies moving through the crises, both the provincial and federal governments have taken on massive amounts of debt that could weigh down the budgets in 2022, according to Pedro Antunes.

“We’re not going to be able to spend as much as we wanted on health care,” said the chief economist for the Conference Board of Canada.

“As interest rates come up, we’re going to see the amount that we have to put towards financing the debt increasing. That’s going to take away from our ability to do other things we’d like to.”

While Antunes expects B.C.’s economy to rebound from many pandemic-induced effects this year, he said cuts to programs and services that matter to taxpayers may be on the horizon to help pay for it.