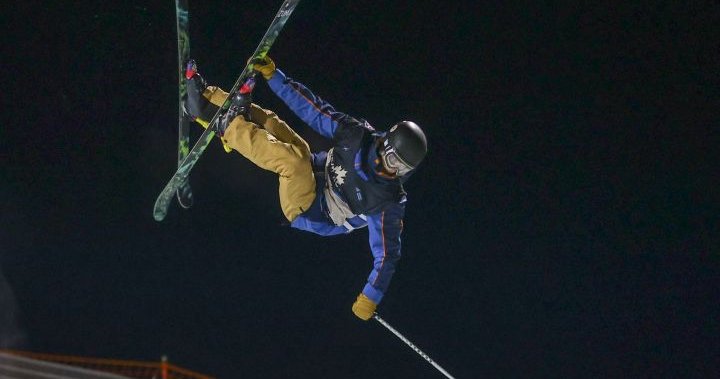 Canadian freestyle skier Brendan Mackay’s first World Cup victory was a memorable one Thursday night as the 24-year-old did it on home turf.

“Stoked to do it on my home halfpipe where I learned to ski,” Mackay said with a smile after scoring 97.00 on his third run in the FIS Freeski Halfpipe competition.

With the wind chill making it feel like minus-30 C at the WinSport venue, Mackay edged out Alex Ferriera. The American posted a 94.80 on his final run to inch ahead of Simon D’Artois of Whistler, B.C. (94.40).

Calgary’s Noah Bowman was fourth with 90.20.

Mackay said his teammates’ experience – D’Artois and Bowman are both 29 – have really helped with his development.

“I’ve been on the Canadian team for seven years and Noah and Simon have been on the team the entire time and been mentors for me and helped me a lot with learning tricks and navigating various things in life,” he said.

Mackay finished third in the first World Cup of the season, with Ferriera taking gold.

D’Artois said Canada’s future is bright in the sport with Mackay soaring to new heights.

“He’s unbelievable,” said D’Artois. “He’s going to just tear it up. He’s been doing amazing this year and that kid has got a promising future.”

Together, they’re pushing each other.

“I’m towards the end of my career and with Brendan being on the rise, it’s invigorating,” said D’Artois. “It’s tough having to compete against somebody who’s just so consistent and so good, and nails everything.

“But I couldn’t be more happy for him. He’s just doing all the right things.”

Just over a month away from the 2022 Winter Olympics in Beijing, it bodes well for Canada’s medal hopes.

“I really hope we keep this momentum going,” Mackay said. “We’re all really stoked and just trying to have as much fun at every competition as possible and build momentum going into the Olympics.”

Karker, from Guelph, Ont., came through on her final run to reach the podium with a score of 90.20.

“I knew I had to give it my all on my last run,” she said. “I’m super motivated. This is only the beginning and I’m looking forward to my next challenge.”

Karker had a runner-up finish to Gu in the first World Cup at Colorado’s Copper Mountain earlier this month.

“Leading up to the Olympics, I think that being able to manage pressure is the single biggest thing that I could improve on and I’m really, really happy with my progress this season,” Gu said.

Gu had locked up first place ahead of her final run but managed to improve her score with a 96.80. Faulhaber was second with 92.80.

Another freeski halfpipe World Cup is scheduled for Saturday at the competition known as the Snow Rodeo. Bales of hay were stationed by the finish line and white cowboy hats were awarded to the medallists.

A snowboard slopestyle World Cup is also scheduled for Saturday.

1:52
Calgarians crush the halfpipe at first day of Snow Rodeo