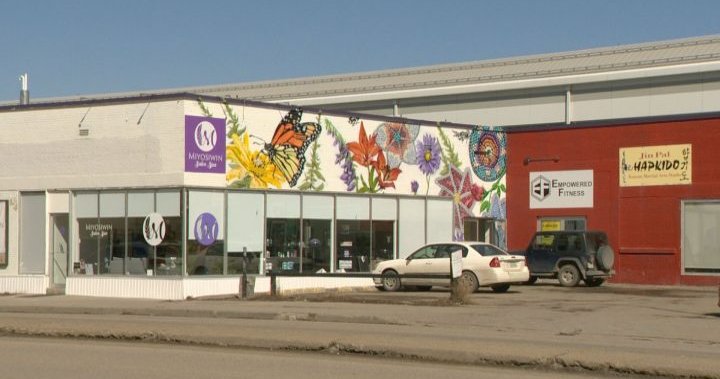 The owner of Miyosiwin Salon Spa recently won a $50,000 grant and will use some of the money to launch a remote beauty training program for First Nations youth.

When Jennifer Dubois found out that her salon won the grant, she didn’t believe the news.

“We didn’t think it was real,” said Dubois. “I called a couple people through Mazda Canada to make sure it was accurate and that it wasn’t false. When I realized it was initially true, I started crying.”

Miyosiwin Salon Spa first opened up in 2017 in downtown Regina. A year after opening, Miyosiwin had shut its doors temporarily due to a fire in the neighbouring building called Lang’s Cafe. The fire forced the salon to close its doors for a year until repairs were made.

Business was going well up until the COVID-19 pandemic caused disruption worldwide, forcing businesses to shut down.

It was a hard hit for the salon spa.

“It’s been a lot of ups and downs for us as a business,” said Dubois. “But what kept us going through all of this was the community support that we received.”

Currently, Miyosiwin is in the midst of relocating the salon due to the COVID-19 pandemic. Dubois said they struggled to keep their doors open due to the cost of renting the downtown space.

They have not been in operation for three months but Dubois has kept business going by taking her team out to different Indigenous communities to provide the beauty services.

Dubois wants to help cosmetology students gain salon service experiences. With that thought, the idea of creating a remote beauty training program for Indigenous youth was born. Dubois said with the grant money, she can make the program a reality.

“A lot of the academies that offer the training [is] in a short amount of time,” she said. “So, what we want to do is to provide online training for members who are outside the city, who can’t come to the city.”

The hands-on training will occur either at the salon or the Dubois will take her team to the community. The $50K grant will provide this reality to create opportunities for Indigenous communities as well as Miyosiwin Salon Spa.

An anonymous person put Miyosiwin Salon Spa in the campaign for the national grant. The grant money comes from the Mazda Canada Local Legends campaign where Miyosiwin is amongst three winners.

This campaign was designed to help small businesses through the times of the pandemic.

Sandra Lemaitre from Mazda Canada says the initiative gives away a million dollars to small businesses across Canada.

“We all know those businesses in our communities that are true pillars,” said Lemaitre. “We had a team search across Canada for some small businesses that closed its doors and that we really missed by the community.”

Although Miyosiwin Salon Spa is currently temporarily closed, it is expected to reopen at its new location after the New Year.