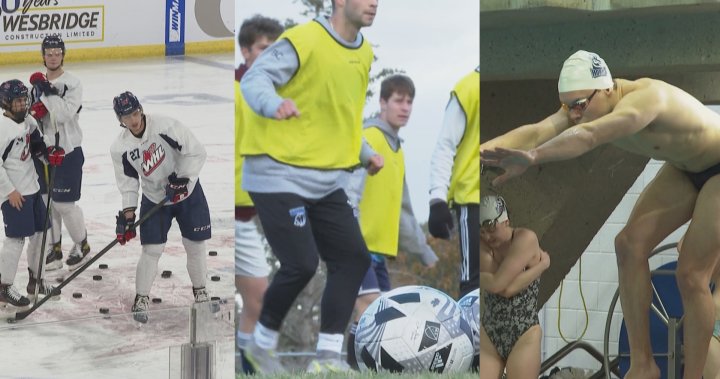 For nearly two years now, young athletes have navigated the interruption of competition due to COVID-19, and as sports returned to nearly normal in 2021, the impacts were felt in a variety of ways.

The Lethbridge Hurricanes had something in the first half of the year that not many teams in many sports can say they did: they had a season.

The 24-game schedule against just the four other Alberta-based teams in the Western Hockey League (WHL) began in late February, with the ‘Canes going 9-12-3 in empty arenas.

Hurricanes’ general manager Peter Anholt says the season came at a hefty cost, and teams in the WHL were willing to pay it purely for the sake of player development.

“It’s hard to weigh it out against if you wouldn’t have played,” Anholt said when asked if the season was worth it.

The Edmonton Oil Kings were the winners of the central division title for the modified season, but that was based on just the 24-game regular season schedule, with no playoffs.

As fall approached, the WHL made it clear that the league was determined to hold a a season that more closely represented pre-pandemic times; reverting back to a full, 68-game schedule — albeit with the eastern and western conferences playing exclusively within their conference — and plans for the 2021-22 season to include playoffs.

Through nearly three months of that nearly normal season, Anholt says the break from meaningful competition over the last two years has been evident on the ice in many ways.

“I think some of the young players got a misconception about how hard our league is, and they’re getting their eyes opened this year,” Anholt said. “I think they thought, ‘Gee, this is the Western League, this isn’t so tough,’ and I think even some of the elite players are seeing that it’s a lot harder than what they experienced last year.”

“I think it caught them off guard a little bit.”

For post-secondary athletes in Lethbridge, it was a longer break from competition as well as full intensity training.

Kodiaks athletes at Lethbridge College were thrilled to get back to training this summer and fall, but manager of athletics and recreation services Todd Caughlin says that return came with a few more bumps and bruises than normal.

“Obviously not being in game shape for the last two years, a lot more injuries this year, so thank God for our athletic therapy services,” Caughlin laughed.

Caughlin says as the Kodiaks got going this fall he noticed greater parity amongst schools in the Alberta Colleges Athletic Conference (ACAC), leading to some surprising upsets and schools out-performing their previous standards.

He says a lot of that has come down to recruiting challenges, and some athletes choosing to take time away.

“You just compete with what you recruited and you battle it out, and I think a lot of teams are in the same position.”

ACAC and Canada West eligibility were not impacted by the 2020-21 school year, in which athletes could practice within their team bubble, but not much else.

The skipped year means post-secondary teams have a double dose of rookies this year; Pronghorns athletic director Neil Langevin says the first-years who started at the University of Lethbridge last year got a taste of the student-athlete life that may have eased the transition this fall.

“In some sense it might have been half okay, you know you get your feet wet at school,” Langevin said. “The pressure to be a student in your first year and an athlete is really immense.

Apollo Hess is one of those Pronghorns athletes who started at the U of L last year. The swimmer says while he’s grateful he could train, nothing beats actual competition.

“It’s definitely been nice to like learn how to race,” Hess said.

“After a while you kind of forget what it’s like to race, so definitely just being in a racing environment and getting to compete against some of the best people in Canada is definitely good.”

Despite missing a full year of racing, Hess hasn’t skipped a beat. The 19-year-old dominated the Canada West Championships at the University of British Columbia in November, winning five medals — including a pair of golds — and the titles of Men’s Swimmer of the Meet and Men’s Rookie of the Meet.

Post-secondary athletes have been off for the holidays, but will return to 2022 action in January.