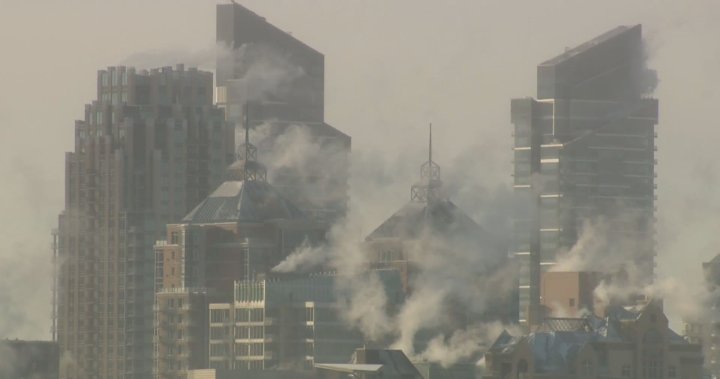 Environment Canada reissued an extreme cold weather warning for Thursday and Friday night for the city of Calgary and Rocky View County near Cochrane.

Extremely cold wind chill values between -40 and -55 are expected throughout much of Alberta.

Officials say the situation could get worse before it gets any better.

2:14
How to avoid broken pipes during Calgary’s deep freeze and after the thaw

Since Christmas Day, the city of Calgary has received about 70 calls for burst pipes at homes.

And while there hasn’t been an out-of-the-ordinary amount of water main breaks, that could change depending on what type of winter Mother Nature has in store:

“Typically for us, the frost depth really reaches a zone where it starts to impact us if it’s a significant, longer, colder winter, usually in February, March and April,” said Chris Huston with the city.

He said Calgary’s water infrastructure is normally buried deep enough to protect it from frost damage, unless there’s a long stretch of frigid temperatures.

With more plunging temperatures on the way, Carol Henke with the Calgary Fire Department said there are some things you can do to avoid potentially significant damage to your home, including using a blow dryer to thaw frozen pipes.

And if you’re heading out of town, it’s recommended to keep your heat on to prevent any potential freezing.