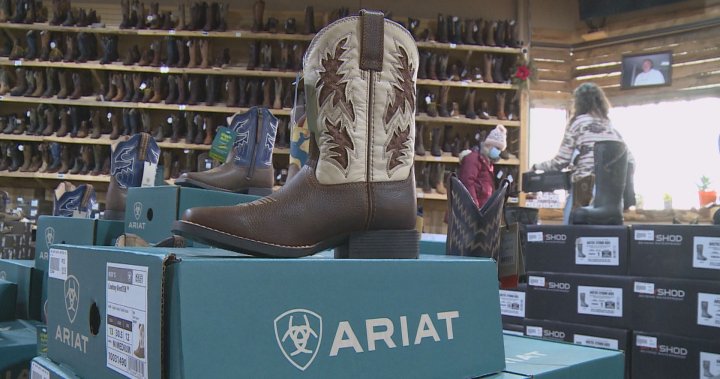 The weeks leading up to Christmas are often the busiest time for many retail companies.

In Lethbridge, several organizations pushed shopping local to the community as a way to keep dollars in the local economy.

“The Downtown Business Revitalization Zone had a number of promotions that hoped to encourage people to shop downtown,” said CEO of Economic Development Lethbridge Trevor Lewington.

“I know the Chamber of Commerce had a shop local promotion going on so, (it’ll be) interesting in the next couple of weeks to tally up stories from retailers and better understand the impact this retail season has had on the economy.”

Brad Gadd, owner and operator of the Populess Company in downtown Lethbridge, said the last couple of months are vital to their overall success.

“The Christmas rush is essentially our lifeline,” he admitted. “A good 40 — or 50 — per cent of our annual sales comes within the months of November and December.”

Despite the ongoing pandemic and supply chain shortages, Gadd believes they had a successful season thanks to community support.

He said the initiatives put in place “definitely didn’t hurt us.”

“To me, downtowns are the heartbeat of the city,” Gadd said. “There’s lots of beautiful small businesses and restaurants that really tell and showcase who Lethbridge is.”

However, not all local businesses are confined to that area.

Western Stockman, who was formerly located downtown, moved to a lot near the edge of the city several years ago. Manager Lacey O’Donnell said they, too, had a successful holiday season.

“It’s kind of become a big trend now, which is really cool,” O’Donnell said of the Western style. “We love that people can support this industry in any way possible.”

One of those ways includes through their online store, which has been a major help during the pandemic.

“Business has been booming. It’s been great.”

The next few months are expected to slow down once again, giving retailers time to relax, restock, and reset.

“Being a company and a brand that we make our own stuff, it gives us some time (to have) some breathing room to kind of, like, refresh and get excited for the year to come, and start prepping for new products, new ideas, events, etc.,” Gadd said.

More than half of Albertans using emergency shelter are in Calgary, study suggests