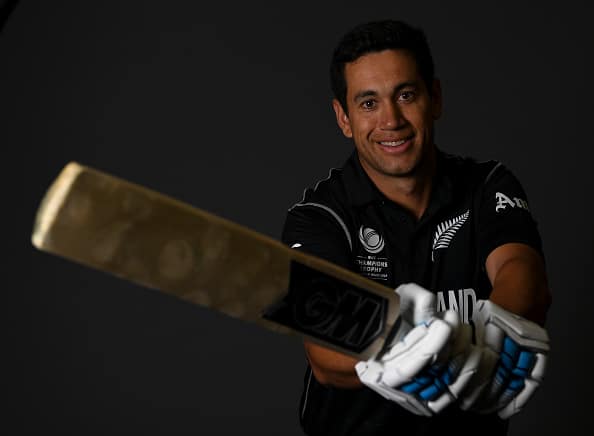 New Zealand’s one of the most consistent players over the years, Ross Taylor, has decided to retire from all forms of international cricket after the home series against Australia, Bangladesh and Netherlands are over.

The 37-year old pulled the curtain on his illustrious career after scoring 18,074 runs in 445 matches so far for the Kiwis. He remains New Zealand’s top scorer in international cricket. Taylor is the only player in the world who has played more than 100 international matches in each format of the sport.

Taylor announced the retirement on his social media account: “Today I’m announcing my retirement from international cricket at the conclusion of the home summer, two more tests against Bangladesh, and six odi’s against Australia & the Netherlands. Thank you for 17 years of incredible support. It’s been an honour to represent my country,” Taylor wrote.

Taylor made his debut in 2006 and since then, he has been an integral part of the Kiwi squad. He won the World Test Championship for NZ in 2020 after defeating India in the final.

Ross Taylor will be very well known as a big-hitter who set the IPL 2009 and 2010 on fire with his bat. The crowd at Chinnaswamy in Bengaluru absolutely loved this former RCB batsman. World cricket lost a gem of a batsman who could adapt to any format of the game.

#OnThisDay in 2️⃣0️⃣0️⃣9️⃣, we witnessed one of the most iconic knocks in RCB’s history with Ross Taylor scoring 8️⃣1️⃣*(33), helping us chase down 1️⃣7️⃣3️⃣ at the Centurion vs KKR. 🔥#PlayBold #WeAreChallengers pic.twitter.com/tJsnWXKMCS

“It’s been an amazing journey and I feel incredibly fortunate to have represented my country for as long as I have,” Ross Taylor said in a statement on NZC.nz.

“It’s been such a privilege to play with and against some of the greats of the game and to have created so many memories and friendships along the way. But all good things must come to an end and the timing feels right for me,” he added.