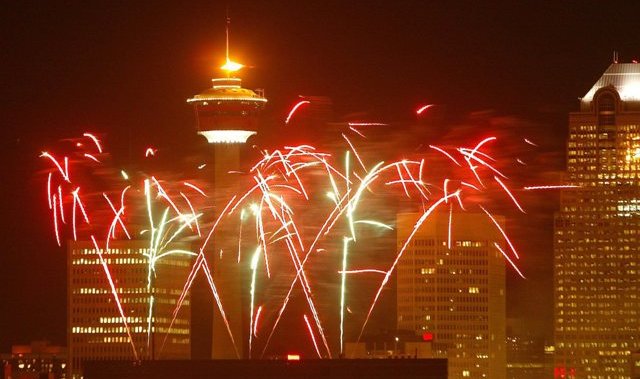 COVID has certainly been a party pooper when it comes to New Year’s Eve gatherings in Calgary, but many are still finding ways to celebrate in these new and limiting times.

The City of Calgary, for instance, is bringing back it’s beloved fireworks display after cancelling it last year due to COVID-19.

“It’s been a really tough year for everyone and we really wanted to just be able to help Calgarians feel connected even if we can’t be together,” said Jennifer Thompson, the city’s arts and culture manager.

“It’s a truly Calgarian way to celebrate ringing in the New Year,” she added.

The event will be livestreamed this year and the City is asking Calgarians to watch it from the comfort and safety of their homes.

“If Calgarians tune in right at 11:55, they will catch a blessing from an elder and a countdown from our mayor, Jyoti Gondek,” said Thompson.

Those who want to join in the festivities can watch online.

For youngsters and anyone else with an early bedtime, the zoo will be adding a number of special activities to it’s regular Zoolights light show. There will also be a repeating New Year’s countdown throughout the evening up until 9 p.m.

After that, it’s adults only. The pre-order only event will be much the same as the earlier version but will also include some adult-friendly food and drink and the official countdown to 2022.

“It’s really nice that this year we’re actually open to the public during the holiday season. We were shut down at this time last year so it’s actually been several years since we had a New Year’s Eve celebration here at Spark.”

B.C. delaying start of school until Jan. 10 for most K to 12 students

There are also a number of other options for those who simply don’t want to venture out but still want to make the night special.  Several restaurants, including Deane House and the River Cafe are serving up take home meal kits and party provisions for patrons.

“We’ve had it launched now for a few weeks, but as of Friday I think it’s going to actually coming in really handy…for people who want to throw in a little festive party for New Year’s,” said Executive Chef of the River Cafe, Scott MacKenzie.

MacKenzie added the party provisions and meal kits are intended to be assembled at home adding to some of the fun of the night.  Offerings, like charcuterie and cheese boards will feed anywhere from 2-4 people and must be ordered 24 hours in advance.