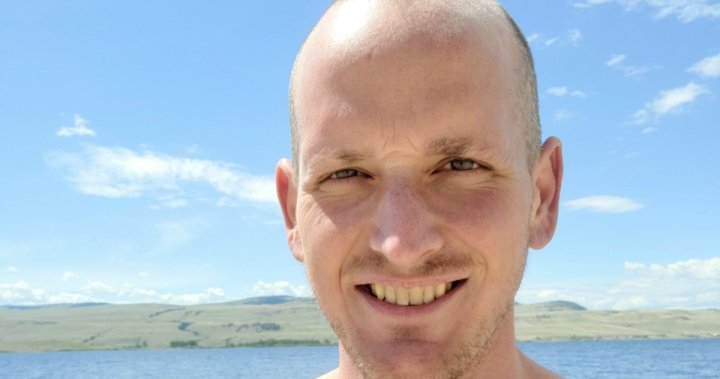 At just 38 years old, Matthew Bennett has already had two deadly encounters in his lifetime.

“In 2001, I had a crazy car accident where I lost a third of my intestine, tore my aorta artery and broke my back in three places,” Bennett said.

The crash happened in Kelowna when Bennett was just 17 years old and was a passenger in the vehicle. He was cut in half internally from a lap belt injury and, after several painful surgeries, had to learn to walk again.

“My health has always been compromised, but that certainly came into play and I really have to watch my digestion,” he said.

Years later, Bennett once again finds himself hyper focused on his health and healing.

Earlier this year, he was diagnosed with Stage 4 lung cancer and had a tumor removed from his brain. He said doctors told him he may only have five years to live.

“So they took the tumor out… and then I did six rounds of radiation and then I went on Tagrisso (Osmiertinib) which is a really brilliant lung cancer drug,” he explained.

“I had to readjust all my beliefs about what cancer is and make them more empowering.”

Along with this medical treatment, Bennett said he’s also been taking alternative therapies and has transformed many of his previous habits.

“I changed my entire diet, exercise regime, meditating and yoga. (I want to) bring the body to a state of balance and harmony.”

Bennett’s long-time friend Christine Williams said while it was very upsetting to learn of Bennett’s diagnosis she’s proud of how he’s faced his challenges head-on.

“I haven’t ever seen him without his spirits lifted… or being a really positive force of energy,” Williams said. “That’s the Matt I’ve always known and it’s even more impressive that he’s done it considering he could just lay down, put his head in his hand and that could be it.”

Despite Bennett’s optimistic nature, there have been several setbacks over the last year.

Bennett said he had to quit his job to focus on his health. Due to financial hardship, he also had to sell the family home in the summer and this past October he said he ended up in the hospital again.

“I went to stand up after a nap and my whole right side of my body was just completely offline, like, 99 per cent offline,” he said. “I could feel it if I touched it but I was basically paralyzed.

“It felt like I had a stroke on one side but it was connected to the where the tumor was pulled out of my brain.”

Bennett continues to raise money to pay for his costly therapies which include IV vitamin C and Artesunate, among others. He’s also started adding content to his own website and is working on making free videos to help others who find themselves in a similar situation.

“You either decide to live today… or just get comfortable and start to die.”