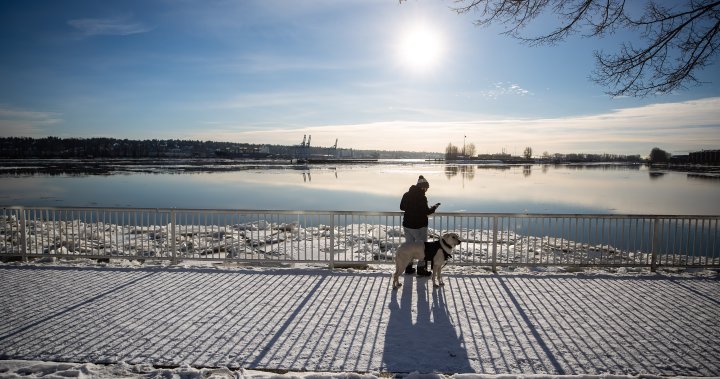 There will be no respite from frigid temperatures until the end of the week for most of Western Canada as arctic wind chills blanket the area, sending temperatures plummeting.

Environment Canada says most of Alberta, British Columbia and Saskatchewan, along with parts of Manitoba and Ontario, are still under extreme cold warnings with wind chills plunging to -50 C in some areas.

Environment Canada says the frigid arctic air mass enveloping southern parts of Saskatchewan won’t let up until the end of the week.

The weather agency says most of Alberta will see extreme cold conditions with wind chills ranging between -40 C and -45 C.

It says temperatures in Vancouver with wind chill will be near or below -20 C as arctic winds blow across the region.

Environment Canada says the cold wind chill in Vancouver will moderate during the day on Wednesday as temperatures increase.

BC Hydro said the extreme low temperatures in many parts of the province led to a new record for peak electricity demand on Monday between 5 and 6 p.m.

“Most of the increase is likely due to additional home heating required during this cold snap,” spokeswoman Simi Heer said in a news release.

Heer said that demand for electricity hit an all-time high of 10,902 megawatts, which is higher than the previous record of 10,577 megawatts last year.

She said the record represents a single moment in the hour when demand for electricity was the highest.

The Alberta Electric System Operator, which manages the provincial power grid, declared an energy emergency alert on Monday night, which it explained in a social media post was due to extreme weather that was affecting some generating facilities.

It asked people to turn off their holiday house lights early, but later at the night said that normal grid conditions had resumed.