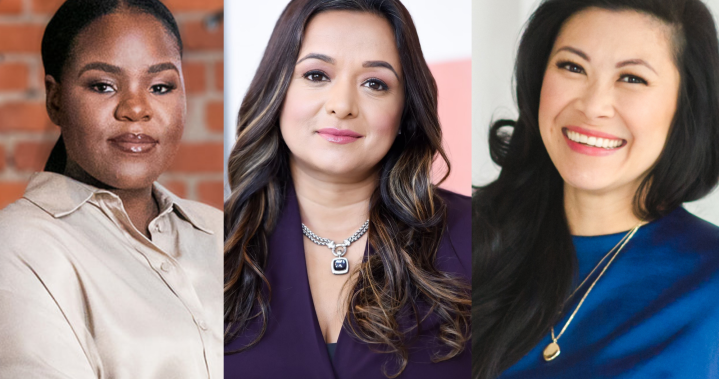 Personal finance author Melissa Leong has a lofty New Year’s resolution: a moratorium on buying extras for 21 days in January. Think of it as Dry January, but for spending, she says.

“A spending freeze is kind of like a cleanse,” Leong told Global News in an interview. “You’re resetting your habits so that you can figure out what you truly value and maybe start some new habits going forward.”

Leong is not alone in making money-focused resolutions for the new year. According to an Ipsos poll conducted exclusively for Global News, 41 per cent of Canadians said they plan to make financial resolutions for the New Year. Forty-eight per cent said they will aim to pay off debt while 45 per cent want to make and stick to a budget.

There are also those who want to save for a rainy day — nearly 36 per cent — while 34 per cent said saving money for retirement and investing are goals for 2022.

According to financial experts, the key to keeping money-related goals is to have specific, attainable targets and accountability that will keep you motivated throughout the year.

Personal finance expert Rubina Ahmed-Haq says setting the right tone for 2022 starts in January. She’s all for scaling back spending in the first month of the year as a way to recover both emotionally and financially from holiday spending.

“January is an excellent month to scale back, everyone is sort of in hibernation mode,” Ahmed-Haq told Global News in an interview.

The start of the new year is also an opportunity to build habits that can carry you through 2022. That can range from setting up automated savings, to taking stock of what you already have in your possession, to unsubscribing from retailer flyers that tempt you to overspend, Ahmed-Haq said.

“Every time you want to make a purchase of more than $100, spend 24 hours thinking about this purchase,” she said. “And do a little inventory in your house. A lot of the time, we’re buying things that we already have in our home.”

The better your understanding of why you’re setting money aside, the more likely you are to stick with it, according to Leong. Think of specificity as your secret weapon.

“For example, people who put money into envelopes labelled with their children’s names are less likely to dip into those envelopes because it has greater meaning for them,” she says.

“Rather than saying ‘I want to save,’” she told Global News in an interview, “You can say to yourself by December 31, 2022, I want to save three thousand dollars and I will do so by setting aside money every single paycheck.”

Sticking to your goals can require help from a trusted friend or online community according to Chiwanza. Though, she said, people may hesitate to do that because they’re reluctant to talk dollars and cents with those who know us best.

“Join accountability groups or talk to friends and family about money because we like to keep it as a secret or a taboo subject,” Chiwanza says.

A regularly-scheduled check-in will need to be added to your calendar, said Leong. It may not guarantee you’ll successfully keep your resolution, but it can increase your likelihood of success.

“Studies show that when you have an accountability partner, people with peer support actually save more money — even if that conversation was through text — than those who did not,” said Leong.

Roll with the punches

Chiwanza said a little flexibility goes a long way when it comes to money-related resolutions. Her goal at the start of 2020 was to pay off $10,000 in debt she was carrying, but along came the pandemic, which derailed her plans. She was fortunate to keep her job and maintain her income but she felt she needed to build up some savings before slaying her debt.

Chiwanza continued to service her debt, though not as aggressively as she had planned. She set herself the goal of saving an emergency fund of $3,000 first. She hit her savings target in 2020 and then proceeded to focus on eliminating her debt, which she managed to do in August of this year.

“It might have been a little later than anticipated, but I was in a much better position,” she says. “Emergencies happen and you really have to be gentle with yourself.”