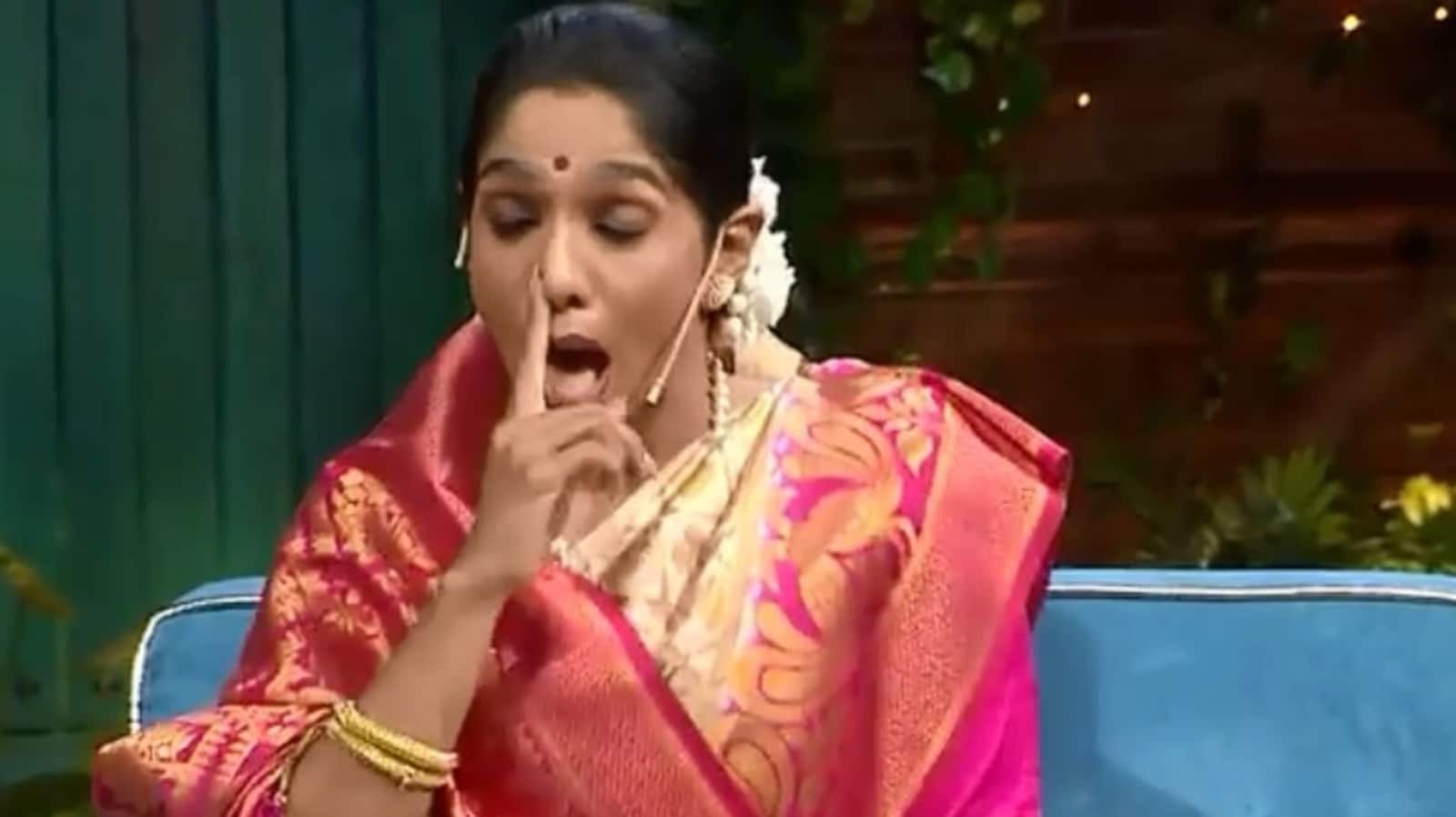 Jamie Lever is a new addition on The Kapil Sharma Show and is already making her presence felt with her celebrity impressions. A new promo of the upcoming episode shows Jamie in the getup of veteran singer Asha Bhosle and cracking jokes at the expense of guests Sunidhi Chauhan, Harshdeep Kaur, Salim–Sulaiman and Salman Ali.

Jamie is the daughter of actor Johnny Lever. In the promo of The Kapil Sharma Show, she walks in as Asha Bhosle in a white silk saree and says without mincing any words, “Pahle ka zamana kujh aur tha, aaj ka zamana kujh aur hai. Pahle Tansen gaate they to deepak jal jata tha. Aaj Sunidhi gaati hai to Harshdeep jal jati hai aur Harshdeep gaati hai to Sunidhi jal jati hai (The times have changed, earlier an oil lamp would light up to Tensen’s song. Now, Harshdeep gets jealous when Sunidhi sings and Sunidhi gets jealous when Harshdeep sings).”

She went on to add, “Aur ye dono jab gaate hain, mujhse to raha hi nahi jata (and when both of them sing, I can’t bear it).”

Jamie also added that despite all of them being present on the show, it’s Badshah who is her absolute favourite. “I win the game of cards when I get three Badshahs (kings),” she says.

Also read: Kapil Sharma looks baffled as he reveals what Akshay Kumar told him after not attending his reception with Ginni. Watch

Jamie had also shared a video from the dressing room while getting ready for the shoot. She grooved to Badshah’s song Say Yes To The Dress as she decked up in the saree.