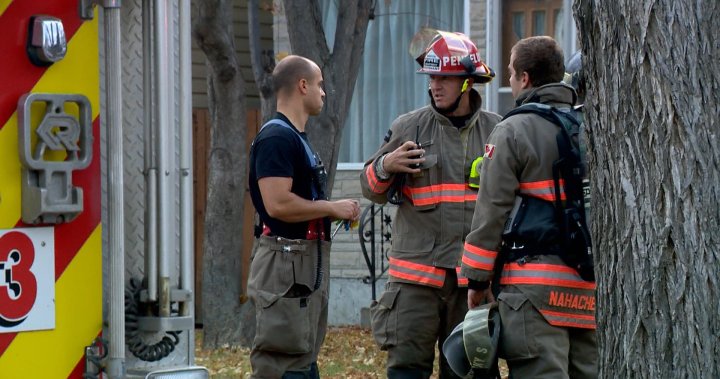 Fire departments in Saskatchewan’s two largest cities had a busy year, but not just responding to fire calls.

The Regina Fire & Protective Services and Saskatoon Fire Department have revealed the number of calls they have responded so far this year.

Regina Fire crews have responded to 928 calls for fires so far this year.

“It’s been a very busy year,” said Layne Jackson, Regina Fire Chief. “We’ve seen an increase in our emergency incident calls so that kept our crews busy throughout the year.”

But that’s not what is keeping Regina Fire & Protective Services busy this year. In 2021, the Regina Fire crew have responded to 1,238 suspected drug overdoses so far.

No criminal aspect to house fire fatality in Regina: police

The Regina Fire Chief says the increased call volume takes a toll on their first responders and firefighters.

“It gets wearing and it takes the strain,” he said. “I’m very proud of our emergency responders and our entire team…the quality of service and the professionalism has remained very high through this high-demand period.”

It has been a year where the department’s role in the community is once again expanding to cover a range of emergencies.

Crews were called to more medical situations than fires this past year.

Saskatoon Fire Chief Morgan Hackl says one area where they have seen a drastic increase over a couple of years is overdose calls.

Since 2016, the department has seen 40 per cent more emergency response calls. The rest are vehicle collisions, with a large portion of calls involving people’s medical, mental health and overall well-being.

“Now is the time to care for the homeless, too, with it being winter.”