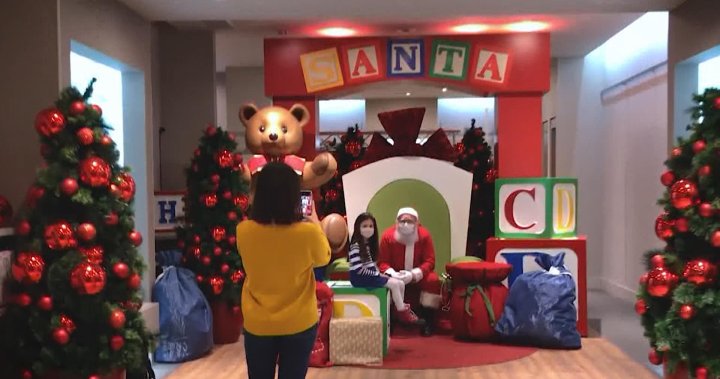 With one more sleep until Christmas, the big day is almost here.

For kids across Saskatchewan and Canada, the spirit of Christmas and what it means is relatively the same.

Ranging in age from five to nine, all of them agreed family time, presents and excitement for Santa Claus all topped their lists come Christmas Day.

But they all had other thoughts, too.

Seven-year-old Korbin Knough in Thunder Bay, Ont., said he loves to get outside.

“I love to play in the snow, throw snowballs, go skating, make snow angels, things like that,” Knough said.

Seven-year-old Ethan and six-year-old Owen McDowell in Kelowna, B.C., felt another Christmas staple is the lights and light displays.

“I love all the lights, except the blue ones. They make me sad,” said Owen as his father Ryan laughed off camera.

Canaja, nine, and Justina Green, seven, from Wisconsin added that family and being thankful are important.

“Spending time with family is what I like,” said Justina.

“Spending time with family and loving what you have over what you don’t,” added Canaja.

Five-year-old Charlee Remenda in Saskatoon said her favourite things were gifts and family.

Santa Claus, Mrs. Claus and all the elves will be busy at work as they prepare to load the sleigh to deliver gifts to all the kids across the country.