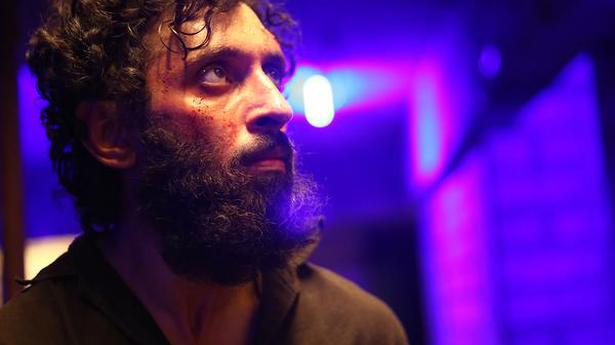 Vasanth Ravi, the bearded man with intense eyes, won appreciation for his performance in Taramani. The 33-year-old, whose roots are in Tirunelveli, holds an MBBS degree and a Masters in Healthcare Management.

His second film Rocky, presented by actor Nayanthara and director Vignesh Shivan, features film maker Bharathiraja and Rohini among the cast. It is set to hit screens today. Excerpts from a phone interview with the actor:

From the trailer, Rocky seems to be an intense drama. What drew you to the script?

It is very close to my heart. After Taramani, I was looking for something really different, and Rocky’s story was the best among the ones I listened to. I fell in love with the screenplay, and felt that this had to be my second film. I signed other projects only after Rocky was frozen. I hoped it would have a theatrical release and it is finally happening.

I want the audience to enjoy the cinematic experience it has to offer. It is an action drama, bundled with lots of emotions. It feels like a European action drama from the way it is shot and presented.

Both of your films have seen their share of delays…

I have been patient all these years. This is the reason I have been able to survive in this industry. Taramani was a long process; we started shoot in December 2013 and the film released in August 2017. Rocky’s shoot started in mid-2018 and it is releasing now. Looking back, I have done only two films from 2014 till date. But I have the confidence that I have done good work. This faith keeps me going.

What did you do to keep the actor in you engaged during these intermittent years?

lI kept myself motivated; I observed people around me, which is important for an actor. I enjoy solitude and spent time at Tiruvannamalai and Auroville.

How was it working with an experienced director such as Ram and then with Arun Matheswaran, a debutant?

lWith Ram sir, everything happens on the spot. You go to the set with an idea of a scene, but it develops there. There is no script book… the film just evolves on the set. Working with him was raw. Arun was the dialogue writer for Irudhi Suttru and comes from director Thiagarajan Kumararaja’s school of thought, and is well-planned. We knew about how many shots we will take on which day, as everything was designed in advance.

I’ve signed three projects; there are light-hearted, romantic films as well as dark subjects. Next year looks interesting as there will be no gap, and films will be continuously rolling.