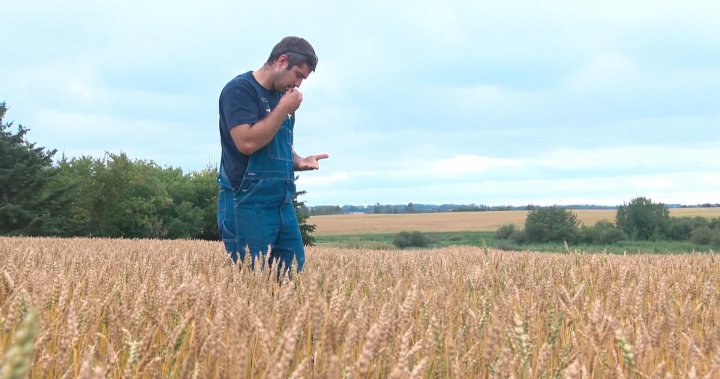 Farmers in Saskatchewan and across Western Canada share a common Christmas wish: being recognized for achieving carbon net-zero.

According to the Western Canada Wheat Growers Association, grain farmers pay tens of thousands of dollars in carbon tax. Yet, the federal carbon tax credit results in less than 25 per cent of the costs returned.

With the yearly rise in carbon tax costs, they say, food security is at risk. That’s in addition to Canada’s agriculture sector losing its ability to compete with other economic sectors that face less or no carbon tax.

The association says grain farmers are among the most efficient and environmentally-friendly in the world.

It’s becoming a real problem at the farm gates, says the president of the association.

The federal government has said it will be raising the carbon tax cost to $170 a tonne in 2030. It currently sits at $40 a tonne.

“On my farm (near Winnipeg) alone at fifty or forty thousand dollars a ton, it works out to about $40,000 a year in extra costs,” said Jochum.

Jochum adds farmers can’t regulate that or get a portion of it back by dispersing it to consumers, similar to truckers.

The association says the activist-driven federal government has to care for all Canadians, including grain farmers.

Virtue-signalling does no good for local farmers, he added.

Previously, the federal government had discussed ways to help out farmers with high carbon tax costs.

“Bill C-206 would have provided cost relief for farmers and ranchers who are already struggling with additional costs from the carbon tax as well as a tough year because of the drought,” vice-president Ian Boxall said Tuesday in a statement to Global News.

“Producers are at the mercy of market prices and can’t pass additional carbon tax costs down the supply chain, which means all those added costs are taken off the bottom line of their farms and from local economies.”

1:26
Restaurants brace for skyrocketing food prices while many Manitobans opting to buy farm-direct

A private member’s bill that would have exempted all farm fuels from the carbon tax officially died with the call of the federal election.

If passed, Bill C-206 would also have exempted natural gas and propane used for grain drying from the carbon tax.

The Liberals opposed the bill, stating at the time that it provided no relief for farmers as it did not add grain drying as an eligible farming activity.

“We all know they won’t drop the carbon tax, that would help out a lot, but wishful thinking at this point,” said Jochum.