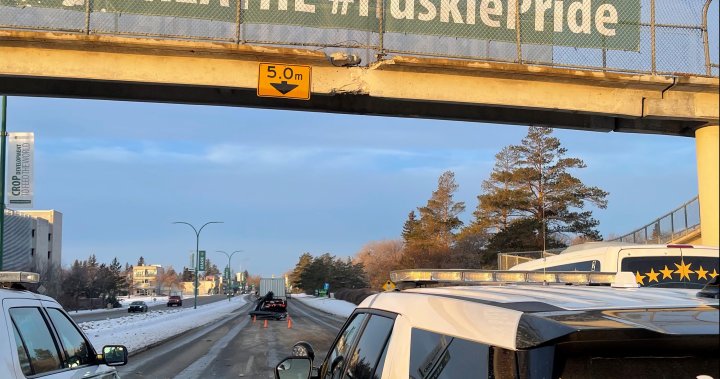 College Drive is expected to fully reopen two weeks after a crane hit a pedestrian overpass in Saskatoon.

The walkway in the 1800 block of College Drive was hit by the crane when it was being hauled on the back of a truck the morning of Dec. 7, which created structural damage and knocked it out of alignment. Temporary support towers were installed.

While the repairs were done, westbound traffic between Campus Drive and Cumberland Avenue was rerouted into the eastbound lanes of College Drive.

Initial repairs to the overpass are now complete, according to a press release from the City of Saskatoon on Monday.

Traffic in the westbound driving lanes on College Drive is scheduled to resume before rush hour on Tuesday morning.

The city said the walkway will also re-open to foot traffic.