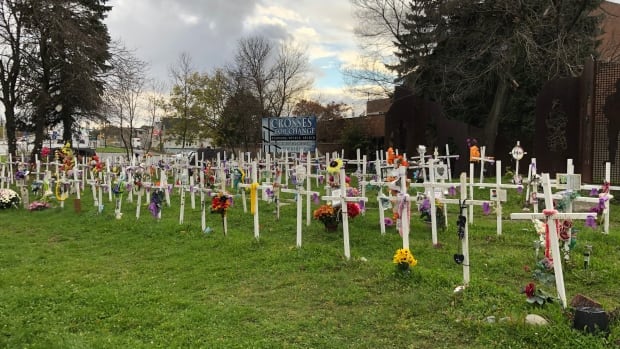 By not explicitly mentioning the opioid crisis in any ministerial mandate letters, advocates are concerned the government is signalling a lack of commitment to addressing the issue.

Since 2016, almost 25,000 people have died of apparent opioid toxicity deaths in Canada and experts anticipate fatalities will only continue to rise.

Carolyn Bennett was named minister of mental health and addictions in October, a new ministerial post, but her mandate letter, which outlines her priorities as directed by the prime minister, has no mention of the ongoing crisis.

Moms Stop The Harm co-founder Petra Shulz said reaction among her group to the omission ranged from “disappointment to anger.”

“We had some hope with this ministry,” she said. “Once again the real issues are being ignored.”

The Prime Minister’s Office declined to comment but pointed to a broader statement in Bennett’s letter directing the minister to “address problematic substance use,” including the offering of support to other jurisdictions to provide “evidence-based treatment and harm reduction.”

But Shulz said she would have liked to have seen an explicit mention of the crisis in the mandate letter to emphasize its seriousness.

“If you don’t name the problem you can’t find the solution,” she said.

Shulz, herself, has a personal connection to the crisis. Her son Danny died after an accidental overdose to fentanyl in 2014 at the age of 25.

Shulz helped found Moms Stop the Harm, an advocacy organization that also serves as a support group for families who have experienced a similar loss. She says since the pandemic, the group’s membership has only grown as the number of people who have lost their lives increased.

Recent data shows that on average 19 people died and 16 people were hospitalized due to opioid-related overdoses every day in the first half of 2021. Current projections suggest that between 1,200 and 2,000 people could die during each quarter through to June 2022.

Janet Butler-McPhee, co-executive director of the HIV Legal Network, said the lack of explicit mention of the crisis in the mandate letter sends a message to people who use drugs “their lives don’t matter as much as others.”

“When lives are at stake and there isn’t time to waste, the mandate letters really need to reflect the urgency that the drug-poisoning crisis in Canada demands,” she said.

In April’s budget, the government committed $116 million to addressing the opioid crisis over the next two years. The Liberals also introduced Bill C-5 which would change the criminal code so cases of simple drug possession could be diverted away from the justice system and toward treatment.

But advocates say nothing short of decriminalizing the possession of illicit drugs and offering a safe alternative supply to toxic street drugs will stop the crisis.

Both the City of Vancouver and the B.C. provincial government — where the crisis has had the largest impact — have officially asked the government for an exemption to decriminalize drug possessions in their jurisdictions. The Toronto Board of Health recently voted to request a similar exemption.

In a recent interview on CBC Radio’s The House, Bennett said she is considering all three requests.

But the B.C. Centre on Substance Use (BCCSU) said the government should just announce a blanket decriminalization.

“Canadian policy on substances must change significantly to address and remove structural stigma, centre on the health of people who use substances and align with current evidence,” BCCSU spokesperson Kevin Hollett said in an email.

Schulz, who echoed Hollett’s call for a blanket decriminalization, said there is a need for more urgency in action to address the crisis.

“It makes it difficult to grieve and find some healing if so many families face the same losses over and over again,” she said.