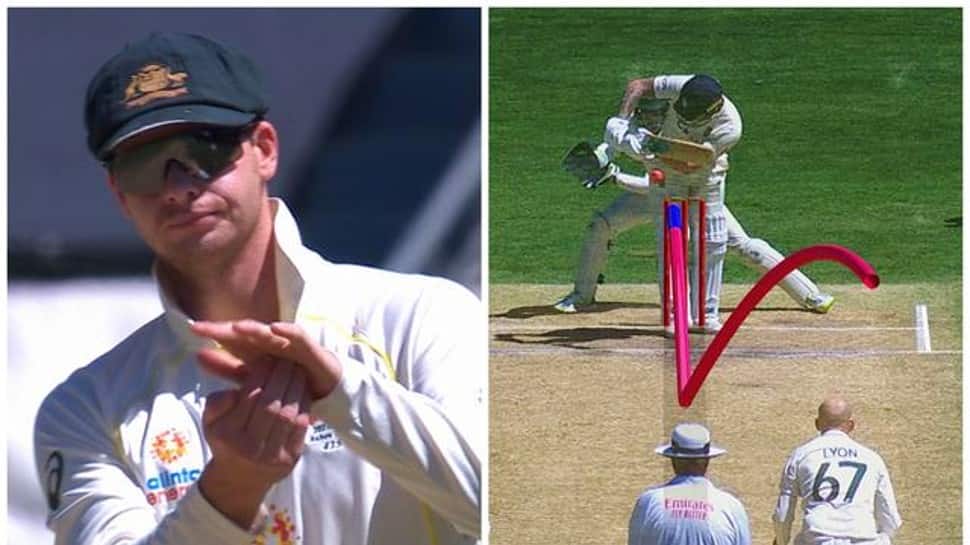 England are already on the mat in the ongoing second Ashes Test between England and Australia at the Adelaide Oval. Needing an unlikely 468 to win, the visitors were dealt a massive blow when all-rounder Ben Stokes was dismissed by Nathan Lyon for 12 on Day 5 of the Pink-ball Test on Monday (December 20).

Stokes was the only remaining hope for the Englishman after Ollie Pope was dismissed in the first over of the day by Mitchell Starc. It was stand-in skipper Steve Smith’s brilliant review which led to the dismissal of Stokes.

Off-spinner Lyon appealed for a leg-before decision against Stokes which umpire Paul Wilson negated. But Smith called for DRS against the decision and the review produced three ‘reds’ with Lyon’s delivery hitting the leg-stump against Stokes. The Englishman was dismissed for 12 off 77 balls to reduced the visitors to 105/6 in 57 overs with Jos Buttler and Chris Woakes in the middle.

That’s the big one! And what a review from Australia

Meanwhile, Australia could face a selection squeeze in their fast-bowling ranks with captain Pat Cummins and fellow quick Josh Hazlewood both in line to return for the Boxing Day Test in Melbourne from Sunday (December 26).

Opener Marcus Harris has retained his spot in a 15-man squad for the three remaining Vodafone Ashes Tests at the MCG, SCG and Hobart, while Usman Khawaja remains the only back-up batter in the touring party.

Pacemen Jhye Richardson and Michael Neser have both been impressive after being called in for Cummins (who is missing the ongoing Adelaide contest after being a COVID-19 close contact) and Hazlewood (side injury) respectively for the second Test against England.