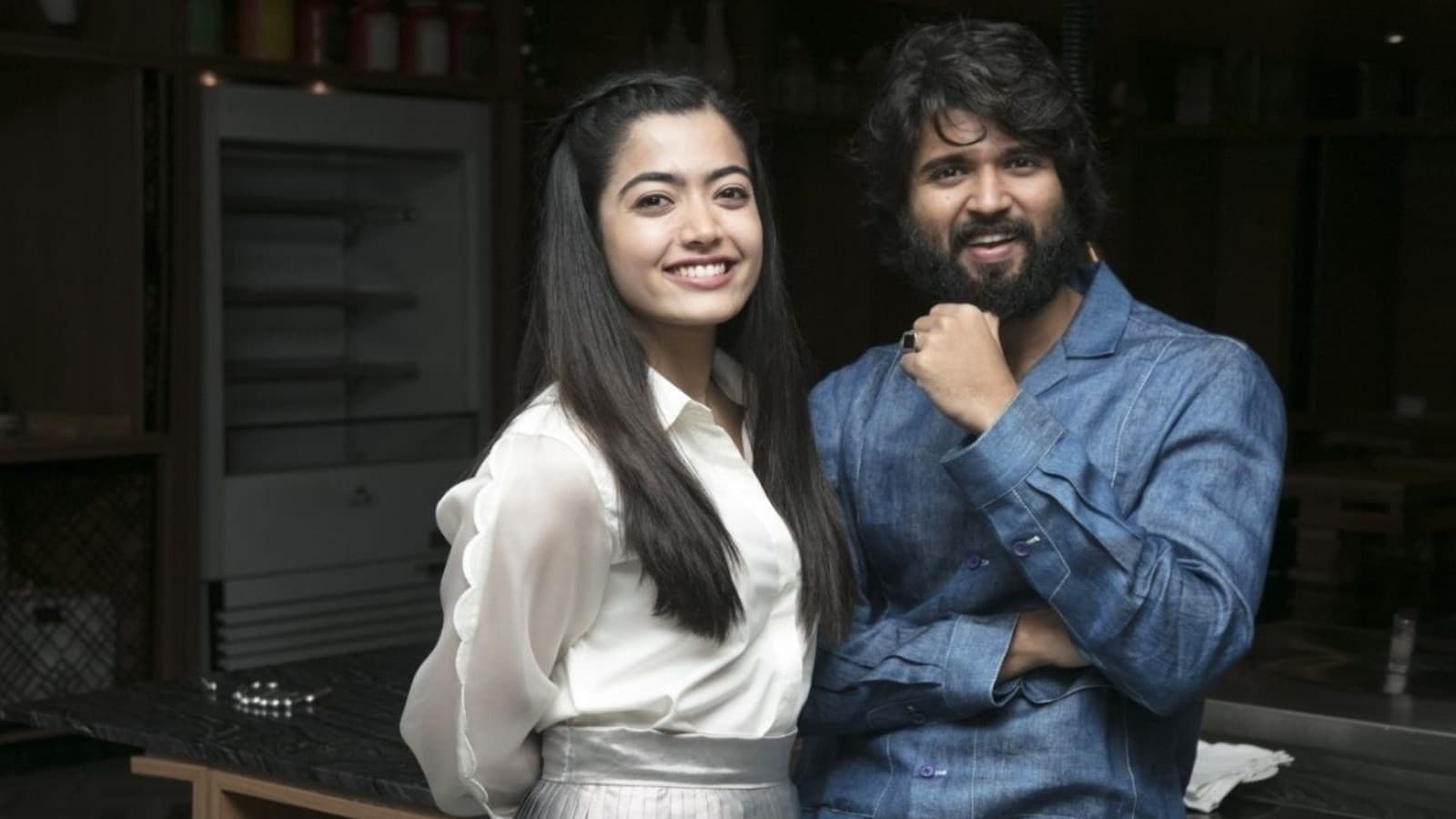 Actors Vijay Deverakonda and Rashmika Mandanna were spotted having dinner together at a Mumbai restaurant on Sunday.

Telugu stars Vijay Deverakonda and Rashmika Mandanna were spotted together on Sunday, leaving a Mumbai restaurant after dinner. As soon as the videos of them were shared on social media, fans started speculating if the rumoured couple are on their way to make it ‘official’.

On Sunday night, Vijay and Rashmika were spotted leaving a restaurant in Mumbai after what appears to be a dinner date. Sharing a video of the two actors exiting the eatery, a paparazzo account described them as “rumoured couple.”

Many fans reacted to the video in the comments section. One person compared Vijay and Rashmika to Bollywood couple Alia Bhatt and Ranbir Kaoor, who have been dating for a few years now. The person commented, “OMG! Crushmita and Lovekonda. This South Jodi can fail Alia and Ranbir.” Another one said, “Best jodi ever.” While one asked, “Official kar diya kya? (Have they made it official?)”

Rashmika and Vijay have previously starred in Dear Comrade in 2019 and in Geetha Govindam in 2018.

In an interview with Firstpost, when Rashmika was asked to compare her films Geetha Govindam and Dear Comrade since Vijay is her co-star in both of them, she said, “I can’t compare both these films. Because in Geetha Govindam, my character controls Vijay as the script demanded it, whereas Dear Comrade will be an emotional roller-coaster. Vijay and I are glad that we acted together in two films that are completely in contrast.”

Read More: Did you know Vijay Deverakonda wanted to become a singer? More interesting facts about the Arjun Reddy star

Vijay and Rashmika are both gearing up to step into Bollywood with new films. Vijay will be seen romancing actor Ananya Panday in Puri Jagannadh’s upcoming film Liger. Rashmika will be seen opposite Sidharth Malhotra in Mission Majnu, a spy thriller written by Parveez Shaikh, Aseem Arrora and Sumit Batheja and directed by Shantanu Bagchi.