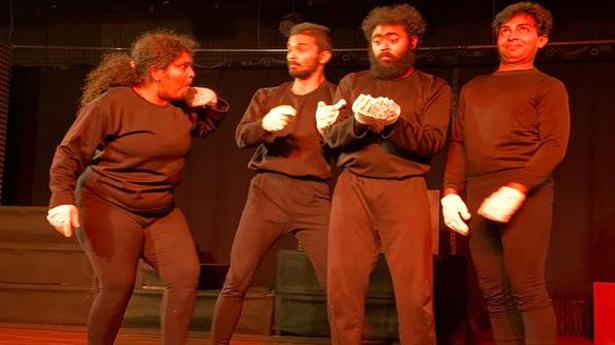 Hyderabad-based Nishumbita Ballet and Theatre group’s sixth edition of ‘Natotsav’, a seven-day theatre festival starting on December 18 is unique in more ways than one. Spanning diverse themes, the plays directed by Ram Mohan Holagundi have the same team of 45-plus artistes doing different roles in all plays. Also, Ram Mohan, Nishumbita’s founder returns to acting on stage after a decade.

Natotsav has been an annual offering from the 27-year-old theatre group, since 2015. “We like to end the year on a high note so that this enthusiasm and energy gets carried over to the New Year and the group continues to highlight social issues, “ says Ram, who has directed all the plays this year. Yendamuri Veerendranath’s Kukka (Telugu) deals with the haves and have-nots. “The story is about the zamindari system with a dora (land owner) and paaleru (farm servants) in rural areas. We see a similar discrimination and struggle albeit in a different way with domestic helps in an urban society. Such prejudice and inequality will never go until we take a step forward,” points out Ram referring to how the Telugu play was shortlisted for staging on December 18.

Khamosh! Adalat Jari Hai on December 19, a Hindi adaptation of Shantala! Court Chalu Aahe written by Vijay Tendulkar, a realistic depiction of society’s invasion on women’s freedom and privacy in the name of culture and tradition. It is fun time with Nishumbita’s child actors performing Rudyard Kipling’s The Jungle Book (English) on December 20 followed by a multilingual Grips Theatre on the next day. “Grips Theatre is a unique genre of theatre where adults perform plays on issues dealing with children and young people,” he explains. The team stages human puppetry (multilingual) on the same day followed by Mime act on December 22 that has social awareness messages with a touch of humour. 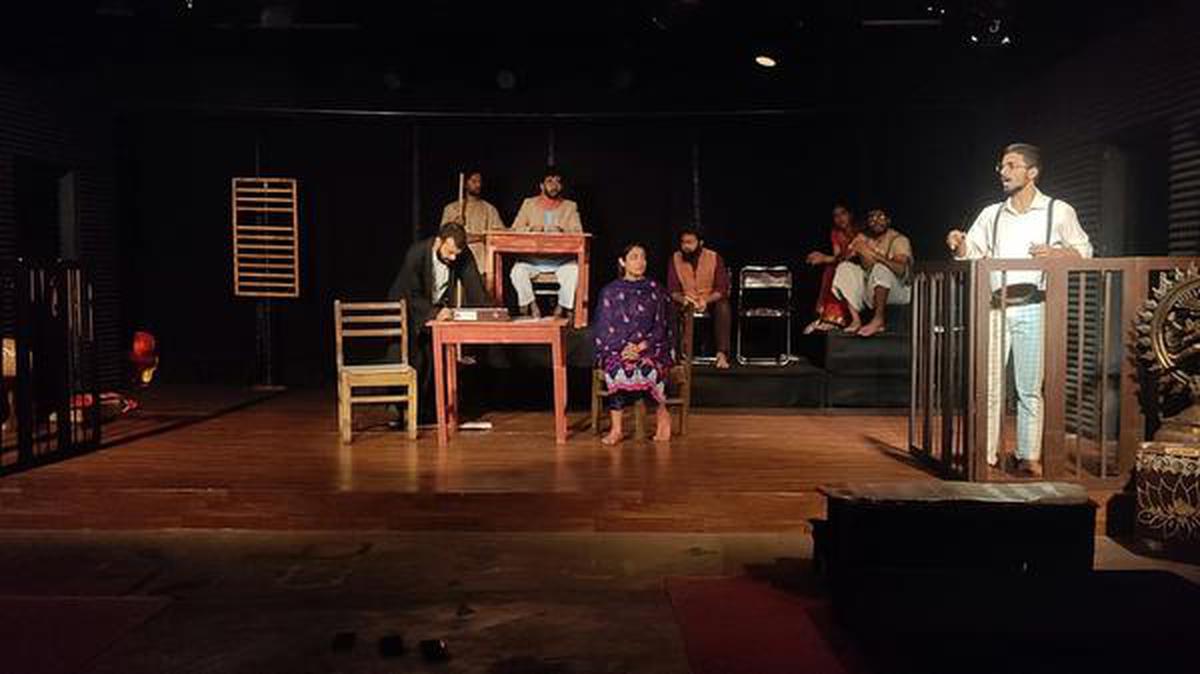 Golakonda, the recently-held mammoth production in October will be staged again on December 23 and the festival ends on December 24 with the English production The Chairs. “I am the surprise element in the play. Even my teammates didn’t know I was acting as I was rehearsing secretly. I didn’t want to act but took up the role,” says Ram on returning to stage.

Omicron, the new variant has raised concerns world-wide. Ram says the mood is not sombre but the team will not let their guard down. “We need to follow safety protocols and move ahead with precautions.”