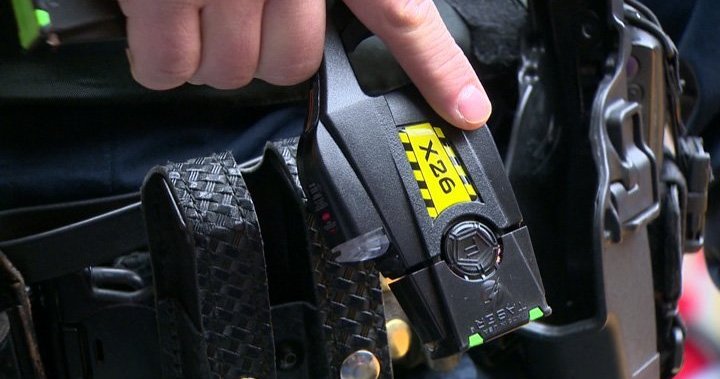 A Saskatoon police officer used a conducted energy weapon (CEW), commonly known as a taser, on a woman Saturday night.

Around 8:30 p.m., police received a complaint of a family disturbance at an apartment in the 3800 block of Luther Place.

Police say the caller complained that a woman was intoxicated and assaulted a child. The caller stayed on the phone, and police say they heard a struggle.

Officers arriving at the apartment found the door locked and had to force their way in. Police say they found two women “still actively involved in a physical struggle.”

An officer at the scene used the taser on one of the women. The struggle ended and the women were separated from each other.

Officers took a 32-year-old woman into custody who is facing charges of assault.

A 59-year-old woman received minor injuries from the taser and was taken to hospital for examination, police say. Police add the woman was the initial caller and she is not facing any charges.

Saskatoon police say they will review the use of the taser under their use of force policy.