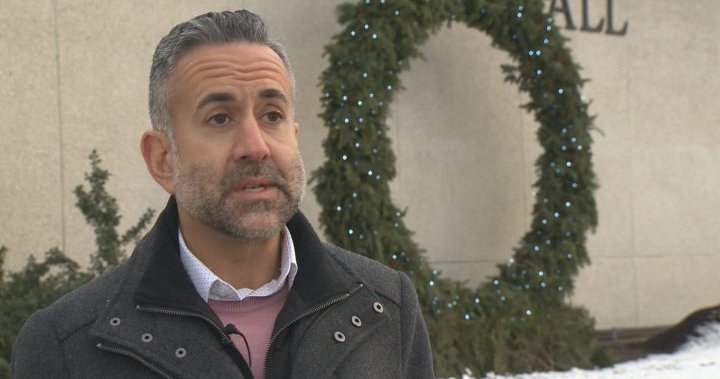 ‘Crushing’ is how Kelowna’s mayor describes the feeling of learning the city’s much anticipated New Year’s Eve event will have to be cancelled.

“The fact that we had been making advancements, and now we have to step backwards, is disappointing on a number of levels,” said Kelowna Mayor Colin Basran.

“But I completely understand why these moves need to take place,” said Basran

He acknowledges the sudden rise in COVID-19 cases across the province and in the Interior Health region is worrisome.

“I’m extremely concerned about this latest variant and the impacts that it could have on our healthcare system,” Basran told Global News.

“That’s the biggest thing. KGH and the ICU are full and continue to be full, particularly with those who are unvaccinated. I encourage all to get vaccinated.”

“Some of my family members won’t be able to come now for Christmas,” said Patricia Howor, a Kelowna resident.

“It’s pretty disappointing because we didn’t see them last year either, so it’s pretty hard.”

“I think it will postpone my plans to go to Vancouver, I want to do that but I can’t,” said Alkshay Alkshay, a Kelowna resident.

“It sucks but on the other hand it’s to protect us.”

The great COVID-19 infodemic: How disinformation networks are radicalizing Canadians

One of the biggest businesses that will be affected is the Kelowna Rockets. Rocket officials say they are disappointed with the restrictions as they’ve only been operating at full capacity for less than a month.

“Disappointing because we were the last guys to get opened up and we were just starting to pick up some traction,” said Rocket’s president Bruce Hamilton.

“We are going into a period of time that traditionally sold-out games right through to the middle of January so its a huge hit for us when you’re cut back basically 3,000 people a game.”

The renewed restrictions will remain in place until at least January 31st – and possibly longer.

4:25
B.C. bars not ready to write off New Year’s, despite new COVID restrictions

B.C. bars not ready to write off New Year’s, despite new COVID restrictions