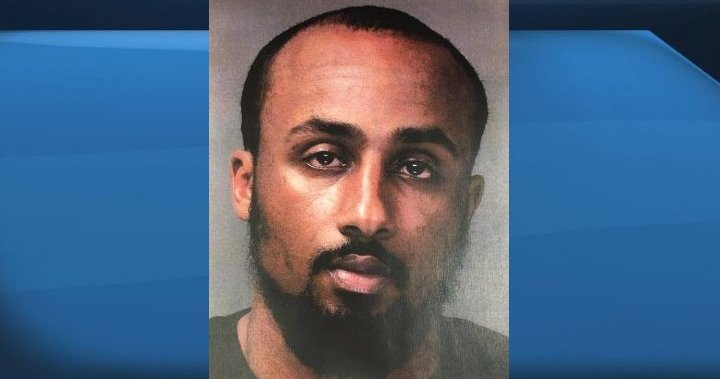 An Edmonton man who was extradited to the United States to face charges he helped fund Islamic State terrorism has pleaded guilty in exchange for a 20-year prison sentence.

A statement from the United States Department of Justice says that according to his plea agreement in federal court Friday, Abdullahi Ahmed Abdullahi admitted he provided money to his four cousins, as well as former San Diego resident Douglas McAuthur McCain, to fund their terrorist activities in Syria.

The statement says he also admitted to robbing an Edmonton jewelry store in 2014 to finance the conspirators’ travel from North America to support and join terrorist fighters in Syria.

Abdullahi was indicted in California in March 2017 and arrested by Canadian authorities in September 2017.

In June 2019, the Alberta Court of Appeal upheld his extradition and the justice department statement says he was turned over to U.S. authorities later that year.

The statement notes that all four of his cousins and McCain, who was the first known American to die fighting the Islamic State, have since reportedly been killed.

“Our top priority is protecting Americans from terrorists, and with today’s guilty plea, we have delivered justice to someone who directly funded violence.”

The statement said the terrorist activities included murder, kidnapping and maiming of persons in Syria.

Additionally, it said Abdullahi admitted that he and others wired and caused money to be wired to third-party intermediaries in Gaziantep, Turkey, not far from the Syrian border, to support fighting and terrorist activity in Syria.

Grossman thanked the RCMP and the Edmonton Police Service, as well as prosecution services in Canada for their help.

The statement said Douglas’ brother, Marchello McCain, was previously convicted in San Diego federal court and sentenced to 10 years in custody for illegal possession of a cache of firearms and providing false statements to FBI agents regarding his knowledge of the conspiracy, including the involvement of Abdullahi.