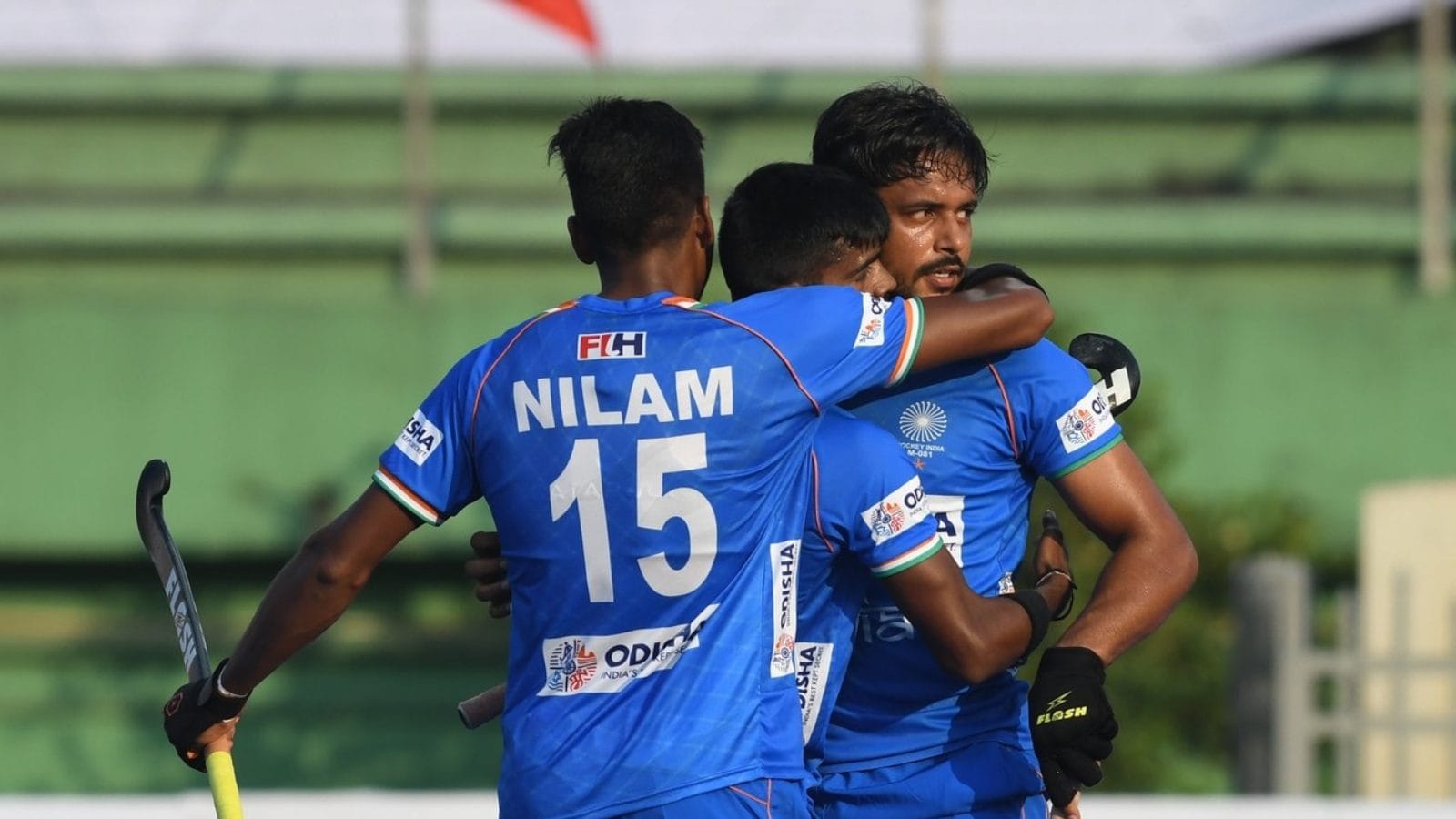 Assured of a place in the semifinals, defending champions India would look to continue their winning run when they clash with Japan in their final round robin match of the Asian Champions Trophy men’s hockey tournament, here on Sunday. After a slow start to the tournament, Olympic bronze-medallist India roared back into the five-team tournament with two consecutive wins. Playing their first tournament after a historic Olympic campaign, India were held to a 2-2 draw by Korea in their opener. However the players lifted their games by leaps and bounds to trounce hosts Bangladesh 9-0 and then got the better of arch-rivals Pakistan 3-1 on Friday.

India are currently leading the standings with seven points from three games ahead of Korea (5), Japan (2) and Pakistan (1).

Hosts Bangladesh are yet to register their presence in the scoresheet having lost both their games so far.

Coming into the tournament as clear favourites, the Indians were by far the better side among all other teams, simply on the basis of form and world standings.

Having said that, India were slow to get off the blocks as they squandered a two-goal advantage to be held by Korea.

The match against Korea was a sort of wake-up call for the Indians. They looked completely different against Bangladesh, dominating the entire 70 minute contest with their superior display.

The match against neighbours Pakistan was expected to be a close match and it turned out to be so, albeit in the final two quarters.

India were in complete control of the proceedings in the first two quarters as took the lead as early as in the eighth minute before doubling their lead in the 42nd minute.

India’s dominance can be gauged from the fact that Pakistan failed to secure a single shot on the goal in the first two quarters, leave aside earning penalty corners.

The encounter spiced up after the change of ends as Pakistan came out with more purpose and gave India a run for their money in the final 15 minutes.

But the Indians did not allow the Pakistanis any inroads as a superior defensive and attacking display helped them to come out on top.

The Indian forward-line has been in impressive form with the likes of Lalit Upadhaya, Akashdeep Singh and Dilpreet Singh on song.

The midfield has been held together by skipper Manpreet Singh while the responsibility of the backline rests on the shoulders of vice-captain Harmanpreet Singh.

In fact, young India custodian Suraj Karkera produced a superb display under the goalpost and denied Pakistan on multiple occasions to keep his ahead on Friday.

Going by the outcome of recent meetings, India have an edge over Japan having defeated them 5-3 in their last meeting at the Tokyo Olympics.

But records and rankings hardly matter in international hockey as a bad day in office can always spoil all the past hardwork.