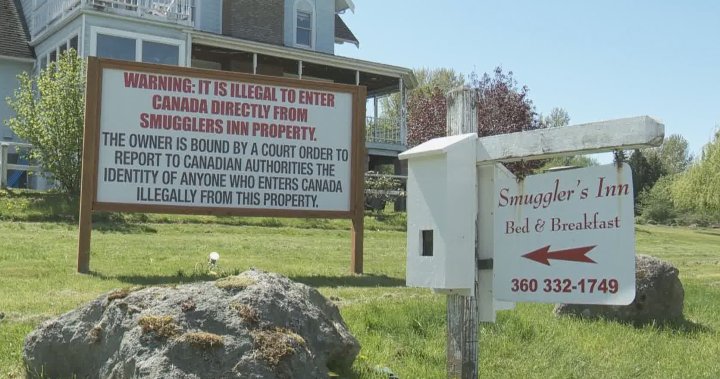 Robert Boule, who owns the Smuggler’s Inn bed and breakfast in Blaine, Wash., was sentenced to time served and probation on Friday in a B.C. court.

Prosecutors had sought a sentence of 12 to 15 months in jail, while Boule’s defence had asked for a conditional sentence with time served, arguing he had a heart condition and suffered from dementia.

Boule was accused of helping seven migrants from Afghanistan and Syria cross into Canada from his property, which is located directly across from an unfenced area of the Canada-U.S. border, separated only by Surrey’s Zero Avenue.

Crown said he picked the border jumpers up in Blaine or Seattle between May 2018 and March 2019, after they contacted him by phone or text, and alleged he charged between US$200 to US$700 for his services, according to court documents.

As a bail condition in 2019, Boule was forced to put signs up on his property warning people that crossing into Canada was illegal and was bound by a court order to report the identity of anyone seeking to cross illegally to Canadian authorities.