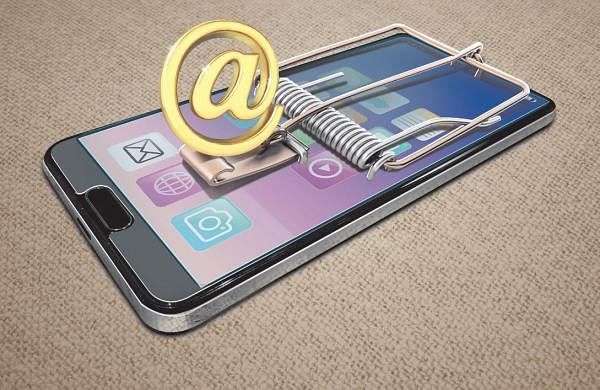 CHENNAI:  The State Cyber Crime Cell has arrested a man from Mumbai for his involvement in an alleged scam of selling oils to cure cancer. The arrested person was identified as Ravindra Yadav. He was part of a gang led by Nigerians that cheated people promising huge returns if they sell the oil.

According to sources, Rajagopalan* (name changed), a Virudhunagar resident, who was into export business, was contacted by a man posing as agent of a popular company, manufacturing medicines to treat cancer. Rajagopalan was informed about a business opportunity of selling the oil. The man on the phone said Rajagopalan would receive 15 per cent commission for accepting a package from Shimla and exporting it to the USA.

“A few days after the call, the victim received a call from a person posing as an American who was in need of the oil and said their company needs up to 300 litres every month. Rajagopalan agreed to deliver the oil,” said SI Arun, who led the team that arrested Yadav. The Nigerian gang posing as the supplier sent him a sample and later agreed to take an order for a minimum of 60 litres.

However, on seeing the profit, Rajagopalan ordered 83 litres and transferred `4.82 crore in several installments between December 2020 and March 2021. The victim did not receive any commission even after several months. After realising he was conned, he lodged a complaint.

“The Nigerians recruit locals. They pay 40 per cent to the workers and take 60 per cent. The suspect works as a middleman between the Nigerians and other Indians, who work for them,” said SI Arun. They allegedly sold a litre of oil for `5.50 lakh.

Modus Operandi
While the Nigerians collect details of businessmen around the country, the local recruits pose as suppliers and another gang pose as foreigners asking for oil. The suspect pays the local recruits and after taking his cut gives money to the Nigerian. “We found that the mobile locations were in Delhi, the bank accounts were traced to Bangalore while the ATM withdrawals were in Mumbai,” said M R Sibi Chakravarthy, SP of Cyber crime unit. The only communication between Ravindra Yadav and the Nigerian happened through WhatsApp messages. They didn’t use SIM cards but card in Wi-Fi dongles which would mark only the tower location. He downloaded paid applications to connect to foreign servers and generated phone numbers to make calls.

Arrest made
The police team stayed at a specific tower location in Mumbai for over a month and arrested Yadav. It seized several SIM cards, and laptops. Police said that Nigerians transfer the money back to their country through bitcoins