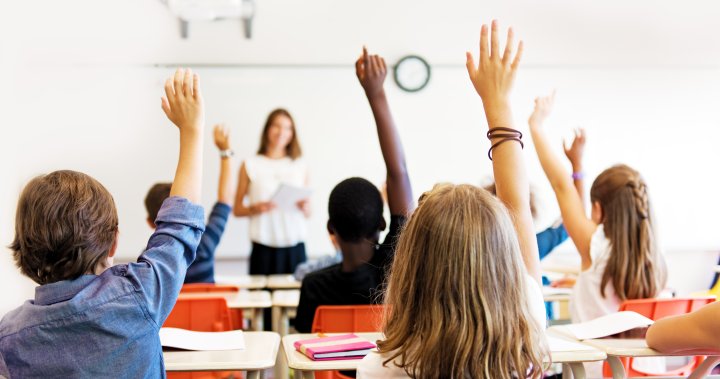 A group of First Nations leaders in B.C. is calling out the B.C. Teachers’ Federation over the union’s campaign against standardized testing for young students.

The BCTF has long opposed the Foundational Skills Assessment tests, which are administered annually to Grade 4 and Grade 7 students and focus on literacy and numeracy.

The union says the tests take away from classroom time, create anxiety for students and don’t result in better support for kids, and has encouraged parents to pull their children out of testing.

The scores are also used by the Fraser Institute to create an annual ranking of schools and regularly see private schools take the top slots.

First Nations leaders say the FSA program is a critical tool to assess how the education system is serving Indigenous children and to identify gaps and help allocate resources.

Seven Indigenous leaders representing the First Nations Summit, Union of BC Indian Chiefs and BC Assembly of First Nations penned a letter to B.C. Minister of Education Jennifer Whiteside last month, expressing “serious concerns” about the “ongoing targeted attack” against the tests.

“There is a clear need for system level data that provides evidence of how well (the) education sector is meeting the needs of specific populations, including our First Nations students,” Kukpi7 Jody Wilson, secretary-treasurer of the Union of BC Indian Chiefs told Global News.

“By making systemic inequalities in our schools visible, data can lead to positive change.”

Wilson pointed to the 2019 FSA results, which found that just 27 per cent of Grade 7 students living on reserve were on track or extending numeracy expectations, compared to 67 per cent of their non-indigenous peers.

She also noted that the Truth and Reconciliation Commission had identified a gap in education outcomes between Indigenous and non-Indigenous students as a persisting legacy of colonialism.

Sharing FSA data results is also a legal requirement, she added, noting that the commitment is a part of the BC Tripartite Education Agreement the province and federal government have signed with the First Nations Education Steering Committee.

While the leaders backed the continued use of FSA testing, they slammed any “willful misuse of FSA results for the purpose of unscientific school ‘rankings.’”

‘Education is the key’: Why reconciliation needs to start with students

In a statement, the BC Teachers’ Federation agreed that data was needed to spot discrepancies in educational outcomes, but that the FSA tests and their use to rank schools “serve to deepen inequities and pit public education against private schools.”

“The current model that allows for the rankings ends up hurting students at the schools that underperform on the FSAs,” the union said.

“These are often schools that tend to have a significant population of Indigenous and/or first-generation immigrant students as well as students living in poverty.”

The BCTF said it wants the province to “implement some interim measures” while it works with stakeholders and the province on a better model.

Education Minister Jennifer Whiteside responded with a statement of her own, describing the FSA tests as an important system-wide “check-in” to ensure the overall quality of education in B.C.

“We know views on these assessments can vary, but all of us have the same goal – supporting students to achieve their best,” she said.

“I am committed to listening to all of our partners as we continue working together to advance improved student outcomes throughout our province, and I expect to meet with the First Nations Leadership Council on this topic in the New Year.”

Whiteside said the most recent testing had shown increases in Indigenous student reading and numeracy achievement, but that there was still much more work to be done.

The Fraser Institute has also defended the use of the tests — and its own rankings card based off their results — as providing “meaningful insight not only into a school’s performance in a given year, but also into a school’s improvement or challenges over time.”

“At their core, the report cards support, motivate and highlight school improvement, showing clearly that any school can improve student achievement despite its location and student characteristics,” the think tank said in a statement,

The Fraser Institute pointed to Tofino’s Wickaninnish Elementary School, with a 47 per cent Indigenous population, as the fastest improving primary school in its most recent rankings, as an example of how the data could help track outcomes.