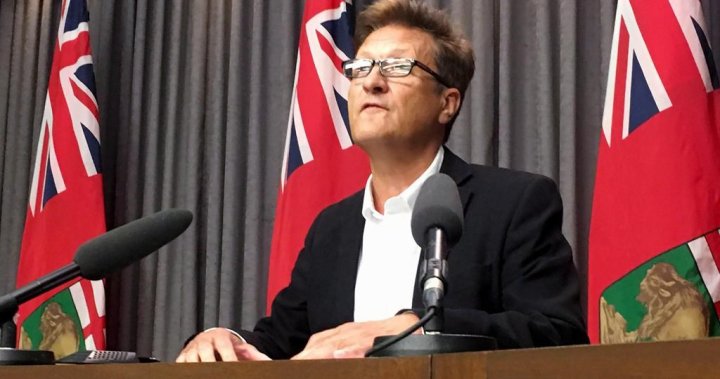 Manitoba’s fall conditions report is a dire one, and the province’s infrastructure minister says we could be in for real trouble this spring, if there’s not enough precipitation.

“If we get low snowfall, lots of above-average water temperatures, and lots of sunshine, Manitoba could see a difficult growing season in 2022,” the province’s Infrastructure Minister Ron Schuler said Thursday.

Schuler says this could lead to very difficult conversations with Manitobans in the months ahead.

“If we don’t get a lot of moisture, we could be coming back with some pretty dire reporting,” Schuler said. “And then there’s going to have to be some serious conversations on water conservation.”

Soil moisture levels for most Manitoba basins are generally near normal to below normal.

Lake Winnipeg is 1.2 feet below normal.

“Having a very strong and robust crop insurance program that we have here in Manitoba certainly provides support and a majority of the farmers have been affected that are carrying insurance,” Verwey said.

The province says about 60 per cent of 2020 claims for disaster financial assistance have been processed, and those who needed the cash fast, already have it.

Lynda Nichol of the Manitoba Association of Watersheds says there is action producers can take this winter. She says her group is working with farmers on projects across the province to proactively limit the effects of sustained drought.

“Really focusing on water retention and supporting programs like cover cropping, to help retain water in the land,” Nichol said.