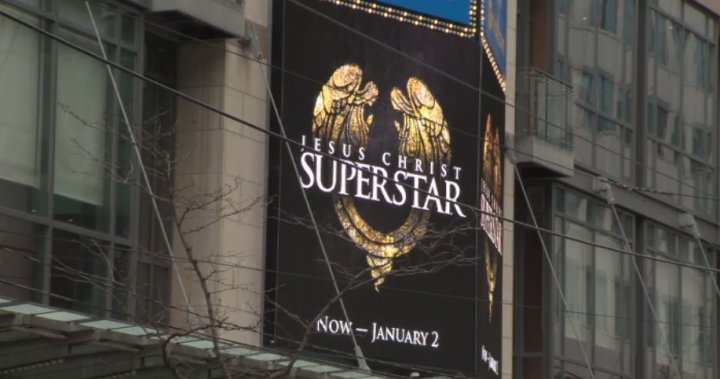 A day after the Ontario government announced restrictions to curb the spread of the highly-infectious Omicron COVID-19 variant, indoor entertainment venues across the Greater Toronto Area revealed the steps they have taken to cut capacity.

Effective Saturday at 12:01 am, capacity must be scaled back by 50 per cent. The change will apply to indoor venues that typically host 1,000 people or more.

His eight-year-old son is a die-hard Steph Curry fan. Unfortunately, it was around the same time the pandemic was declared.

They never got to go to the game, but Cortes reassured his little boy that when the action on the court picked up again, they would see the Warriors.

They had tickets to this Saturday’s game against Golden State — until Thursday afternoon.

Cortes checked the app his tickets were stored in and found they had vanished.

He wasn’t alone. People from across Canada reached out to Global News, sharing their own stories of tickets that vanished, and finding out games had been cancelled on Ticketmaster.

“This kid was born with a basketball in his hand. So an event like this, to be able to see his idol is so meaningful for him,” said the father of two.

“But as I’ve explained to him, COVID is one of those things the world is dealing with, and we have to make some sacrifices.”

It was a lesson in life that sometimes the game doesn’t always go as planned.

Cortes, who works in health care, said he considers himself very fortunate to share season tickets with several other friends. They divide the games with a lottery pool.

As luck would have it, he nabbed tickets to Saturday night’s game.

“When I told him, he was pretty crumpled up.”

2:03
Some restaurants in Toronto moving back to takeout amid surging Omicron cases

On Ticketmaster, future home games for the Raptors had the dreaded ‘cancelled’ encircled in red beside them. Below several of them, a ‘new date’ had popped up, but no tickets were accessible.

Maple Leafs Sports and Entertainment issued a statement, revealing their plan of action.

It went on to say that membership will be determined randomly, and each group of members will receive tickets based on alternate games between now and mid-January.

For Mirvish Productions, the effect will be felt at the Princess of Wales Theatre. Jesus Christ Superstar is playing inside the 2,000-seat venue.

“The good news for us is that the theatres are not closing down,” said John Karastamatis, director of communications at Mirvish Productions.

The company held its official relaunch for Come From Away at the Royal Alexandra Theatre on Wednesday evening.

That production will not be affected because capacity isn’t high enough to meet the threshold.

“The government acknowledges that live events that (are) responsibly put on, and where the audience is responsible, can go on without much risk,” he added.

Mirvish has been reaching out to ticketholders, providing them with three options: to stay the course, to put that money towards their account or to transfer the value of their tickets to a Mirvish gift card.