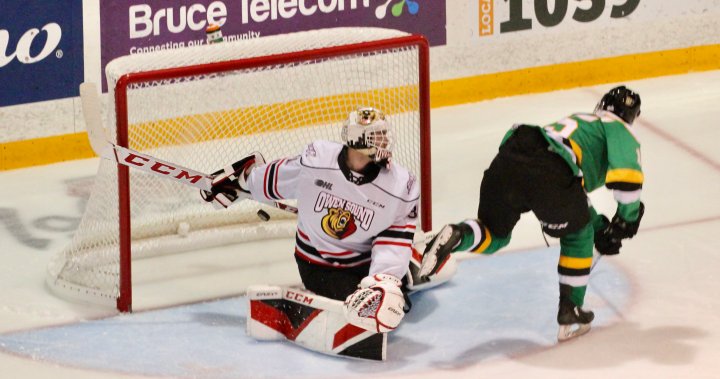 The game was originally set to be hosted by London in the city’s Budweiser Gardens, but will now be rescheduled at a later date, according to the OHL.

The COVID-19 protocols have also prompted the postponement of Owen Sound’s game against the Sarnia Sting on Saturday.

As of Thursday afternoon, London’s away game against the Guelph Storm is scheduled to continue as planned.

In a tweet posted soon after the news was shared, the Knights said they will provide ticket holders with an update “when we have further information from the OHL.”

As for the Attack, the team elaborated on the news in a post to its website on Thursday.

“The Owen Sound Attack in conjunction with the Grey Bruce Public Health Unit announced today the suspension of team activities through December 23, 2021, due to one player testing positive,” the team said, adding that the infected individual is not exhibiting any symptoms.

All other Attack players are either awaiting the results of PCR tests conducted on Tuesday or have already received negative results.

“All high-risk contacts of the positive case are now in isolation and will be have another round of PCR testing on December 20, 2021,” the Attack added.

1:53
COVID vaccine boosters available to those 18+ in Ontario starting Monday

COVID vaccine boosters available to those 18+ in Ontario starting Monday