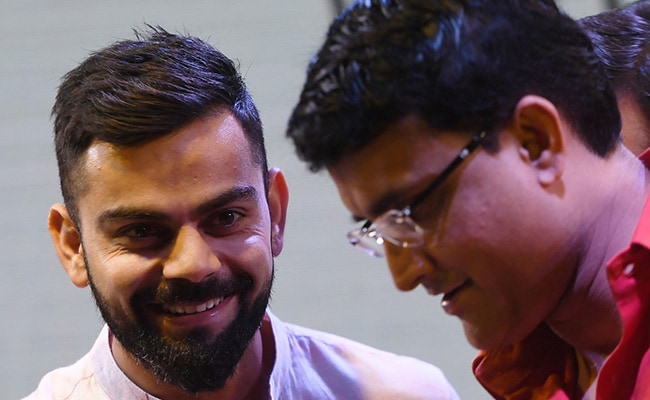 The problem with Virat Kohli’s sacking as ODI captain isn’t his dismissal – or even the manner of it. When it comes to ambushing captains, India’s selectors and cricket administrators have form; they are maestros of the bum’s rush. The problem lies in what came afterwards.

What came afterwards was fascinatingly desi. Having dispatched Kohli as ODI captain in a single line tacked on to a statement about other matters, the BCCI had second thoughts and decided that damage limitation was in order. It tweeted a belated tribute to Kohli’s leadership. Then its President, Sourav Ganguly, decided to take matters into his own hands.

Kohli, Ganguly explained, had sacked himself from the ODI captaincy. Ganguly had personally asked Kohli not to step down from T20 captaincy because two white-ball format captains were one captain too many. There is no obvious reason why this should be so, not least because as a cricketing format, the ODI is arguably closer to Test cricket than the shortest version of the game, but let’s not be distracted by the logic (or lack thereof) of Ganguly’s assertion. Focus, instead, on its intended affect.

In his telling of the backstory behind Kohli’s sacking, Ganguly is being Dada, the concerned older brother counselling his younger, more impulsive sib. This serves two purposes. One, it establishes that Kohli was a suicide, not a victim. Two, it testifies to the President’s proactive benevolence. Kohli’s dismissal becomes a more-in-sorrow-than-in-anger decision forced upon India’s cricketing establishment.

This would have been a masterstroke in a parallel universe where Kohli was an indentured labourer unable to tell his side of the story without his plantation owner’s permission. In that world, Kohli would be consigned to history as a hubristic captain who perversely disregarded well-meant advice and then ignored a 48-hour ultimatum to resign or be dismissed. Ganguly’s spin coincided with several prominent news stories that cited anonymous sources and claimed, amongst other things, that Kohli, in a tit-for-tat move, had opted out of the ODI series citing his daughter’s birthday to avoid playing under Rohit Sharma’s leadership. This, if true, suggested petulance on a Ganguly-esque scale.

Unluckily for Ganguly, this is not that world. Kohli has his defects, but he is twice the captain Ganguly ever was and at least three times the batsman. He is fitter and richer than Ganguly. He has more tattoos and a better haircut. Moreover, the planted stories in the yellow press were self-evidently bogus because Kohli’s selfish, anti-national excuse for not playing the ODIs, his daughter’s birthday, turned out to fall in the middle of what will be his hundredth Test match, well before the start of the ODI series in South Africa.

As if this weren’t bad enough, Kohli did a pre-tour presser yesterday where he flatly contradicted literally everything Ganguly had said without naming him. No one had counselled him against resigning the T20 captaincy. No one from the Board had spoken to him about the ODI captaincy till an hour and half before the official statement confirming his dismissal was published. The press reports claiming that he had opted out of the South African ODIs were barefaced lies, he had always been available for selection.

It’s hard to think of a precedent for this contretemps. I can’t remember another time when the President of a national cricket board made categorical claims that were called out as lies by the captain of that country’s team less than a week later. And the reason I can’t is that a cricket board President accused of falsehood in this public way would have to either deny his captain’s assertions and sack him from the team, or acknowledge guilt by staying silent and resigning. It’s hard to think of a third option. To allow Kohli’s categorical refutation to go unanswered would be to lose all credibility, to give up any claim to be taken seriously.

The cynical explanation for this scandal is that Kohli was accused of hubris and selfishness because his traducers knew that he would deny their charges vehemently, thus paving the way for punishment since it would be his word against theirs. But it’s hard to believe that anyone would be that Machiavellian. The more plausible explanation is also the more depressing one: this BCCI is an Ottoman seraglio where intriguing courtiers vie for royal favour by humiliating others. Having sacked Kohli, the Board could have kept its counsel. After a ripple or two of controversy, it would have become yesterday’s news. That the Board’s President went out of its way to misrepresent one of its greats tells you everything you want to know about the contemptible public culture of our times.

To stand up to insinuation and bullying at a time when India’s institutions are opaquely controlled by political placemen like Jay Shah takes courage, even if you are as rich and famous as Kohli. To defend your personal honour by publicly setting the record straight is an act of ordinary decency in these debased times, not egotism. “If I am not for myself,’ asked Hillel the Elder an epoch ago, ‘who will be for me? If I am not for others, what am I? And if not now, when?” Too often in Indian cricket has discretion been embraced as the better part of valour. Kohli spoke up for Shami when the BCCI wouldn’t. Now he has spoken up for himself. We are in his debt.

Mukul Kesavan is a writer based in Delhi. His most recent book is ‘Homeless on Google Earth’ (Permanent Black, 2013).

Disclaimer: The opinions expressed within this article are the personal opinions of the author. The facts and opinions appearing in the article do not reflect the views of NDTV and NDTV does not assume any responsibility or liability for the same.