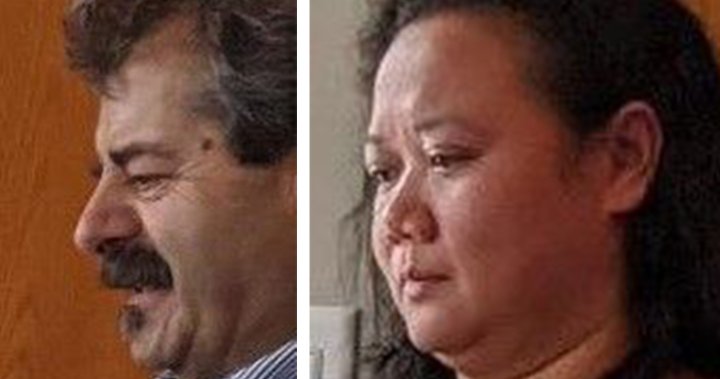 A nation-wide arrest warrant has been issued for a husband and wife, police allege, who are believed to be operating a million-dollar investment scam.

Issued by Alberta RCMP, police say the arrest warrant for Fernando Honorate de Silva Fagundes, 65, and Emilia Alas-As Elansin, 40, both of no fixed address, was issued following a complex investigation.

The two have been charged with the following:

Alberta RCMP have published a YouTube video regarding the investigation.

Involved in the investigation was the RCMP’s Integrated Market Enforcement Team (IMET).

“IMET’s investigation uncovered a scheme that allegedly defrauded clients out of their finances and resulted in more than one million dollars lost by victims,” RCMP said in a press release.

“Fagundes portrayed himself as a day-trading expert and used an investment course operated under another company of his, Day Trading Coach Inc., to approach victims with investment opportunities later determined to be fraudulent,” said police.

4:19
Identifying investment fraud and other scams with the Alberta Securities Commission

Identifying investment fraud and other scams with the Alberta Securities Commission – Mar 10, 2020

“The investigation showed that Fagundes allegedly obtained approximately $1.3 million from victims and, rather than investing the funds, took the money for his own gains,” said police, noting that Elansin is believed to be responsible for managing Fagundes’ two companies.

Police also said Fagundes is believed to have committed similar frauds in Saskatchewan, Ontario, the U.S. and Portugal.

They added that the two have fled the Millarville area and their current whereabouts are unknown, but that they could be in B.C., and possibly in the Kelowna area.

Fagundes is described by police as being 5 feet, 9 inches and 200 pounds, with brown eyes and salt and pepper hair.

Elansin is described by police as being 5 feet, 2 inches and 160 pounds with brown eyes and black hair.

1:57
What you need to know before investing in cryptocurrency

What you need to know before investing in cryptocurrency – Nov 4, 2021

If you have any information regarding the whereabouts of either Fagundes or Elansin, or suspect yourself to be a victim of this particular scam, you contact IMET at 403-699-2434 or the Calgary RCMP by email at [email protected]