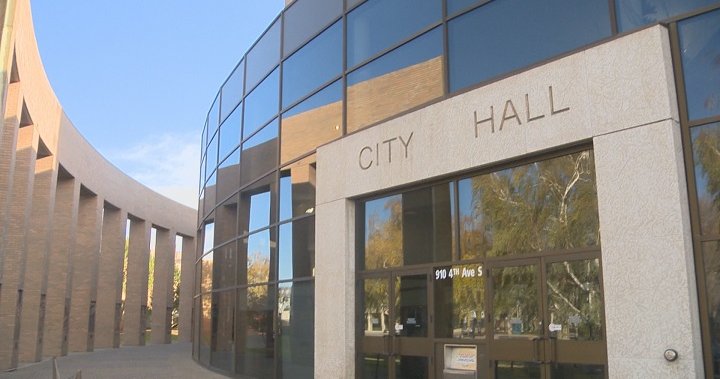 The topic of a third bridge in Lethbridge was once again on the radar Tuesday, as city council met for the final time in 2021.

Councillor Rajko Dodic introduced a motion at the meeting, that was approved unanimously, directing city administration to further investigate a possible location for the potential third river crossing that would be further south than the proposed Chinook Trail location.

“There are two components to the resolution,” Dodic told Global News.

“One is for the administration to come back by September of 2022 to see whether or not the current site is still the preferred location or whether a further southern site might be appropriate, and secondly – if money had to be borrowed – what would that be in terms of impact on the average residential tax payer?”

Tuesday’s discussion follows the topic’s inclusion as a non-binding ballot question during the 2021 municipal election, where 60.4 per cent of voters answered yes to the question: “Do you agree that city council should approve plans to construct a third bridge prior to 2030 as a municipal capital project priority?”

The Chinook Trail location is near Riverstone on the west side and would join Scenic Drive on the east.

Lethbridge election: ‘Burden will fall on taxpayers’ when it comes to 3rd bridge

The city released information for voters ahead of October’s election, including a price tag of $175 to $200 million, with an estimated nine-11 per cent municipal tax increase, or 2.25-2.75 per cent per year for four years.

“I just want to be able to put a real number to it, and just talk about it in terms of percentages, but actual dollars and cents on a yearly basis for tax payers, and for how long,” Dodic said.

Dodic says he doesn’t believe the current proposed location would receive any funding assistance from the provincial or federal governments, but he believes it’s worth it to see if a location further south could perhaps lead to some financing.

“I know in the past, if it was a completely local project, the province told us in no uncertain terms that they were not going to be financing it at all, so we’re talking zero per cent,” he said.

“If there’s any possibility of convincing levels of government that this is part of a ring-road system, then you have more of a chance to be able to get some contribution from the other governments that might be involved. So at least if you have a resolution that at least shows that you’re thinking about potentially other options, you’re able to advocate to the provincial government or the federal government.”

Council has asked that administration report back with their findings by September of 2022.