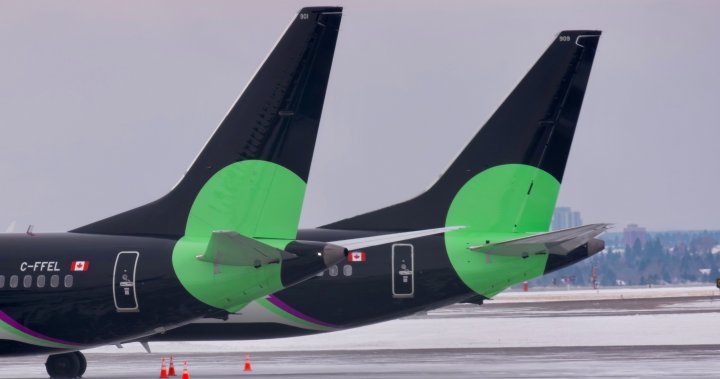 Edmonton-based Flair Airlines announced it will be expanding its fleet in a big way.

To achieve a goal set by the company of having a fleet of 50 by 2025, the airlines announced 30 new planes will take to the skies in less than two years.

Currently, the ultra-low-cost carrier has 12 aircraft in service, with 20 of the 30 announced on Wednesday morning to be in service by next summer.

The airlines said it would lease 14 new Boeing 737 MAX 8 aircraft, which has a capacity of 189 seats and has 14 per cent less fuel consumption and greenhouse gas emissions than its predecessor, the Boeing 737 models.

“We’re on a mission to deliver low fares to Canadians and flying a state-of-the-art Boeing 737 MAX fleet means we can do this at the lowest passenger-mile cost in Canada, and with the lowest carbon emissions of any Canadian carrier,” said Stephen Jones, CEO of Flair Airlines.

“With our substantial fleet expansion, Canadian travellers can continue to benefit from Flair’s eye-popping fares and increased service from existing and new airports in our network across Canada, the United States and Mexico.”

The airline operates service to 32 destinations within Canada and the U.S., with service beginning to Mexico come February 2022.

0:22
Flair Airlines to add routes between Winnipeg and Regina, Saskatoon in 2022