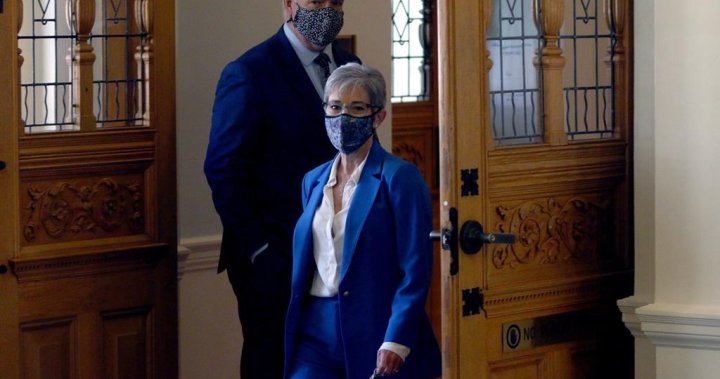 British Columbia’s finance minister says the federal government’s $5 billion contribution to flood disaster recovery efforts in the province is a historic amount of cash that reflects the extreme nature of the disaster.

However, Selina Robinson said Tuesday in a statement the funding is an initial provision of federal dollars and assessing the full costs of rebuilding remains an ongoing process.

“As the province continues the work of assessing the impacts of the recent natural disaster, it is reassuring to know we have a commitment from our federal partners that their support will continue as we move from response to recovery and rebuilding,” said Robinson.

Freeland’s update showed that the federal budget deficit for this year is on track to hit $144.5 billion, below the government’s previous forecast of a $154.7 billion deficit.

The Insurance Bureau of Canada has called the floods and slides the most costly weather event in B.C.’s history and estimated insured damage at $450 million, but said the bill will be much higher because much of the damage occurred in high-risk areas where flood insurance was not available.

Prime Minister Justin Trudeau and Premier John Horgan announced the creation of a joint committee of cabinet ministers to deal with the flood repair and recovery earlier this month.

The B.C. government has not provided a dollar estimate of the flood damages and subsequent repairs and rebuilds other than to say they will be costly.

Trans Mountain pipeline back to full capacity in late January at ‘earliest’: exec

Princeton Mayor Spencer Coyne said $5 billion is a large amount of money, but the repair and recovery work facing the province will be expensive.

“Five billion dollars for the amount of devastation the province has witnessed, I don’t know if that’s going to be enough,” he said.

Floodwaters damaged many businesses and homes in Princeton, he said.

Abbotsford Mayor Henry Braun said earlier he estimated the flood damage to agricultural operations and homes in his community was likely in the billions of dollars and could take years for some people to recover from the losses.