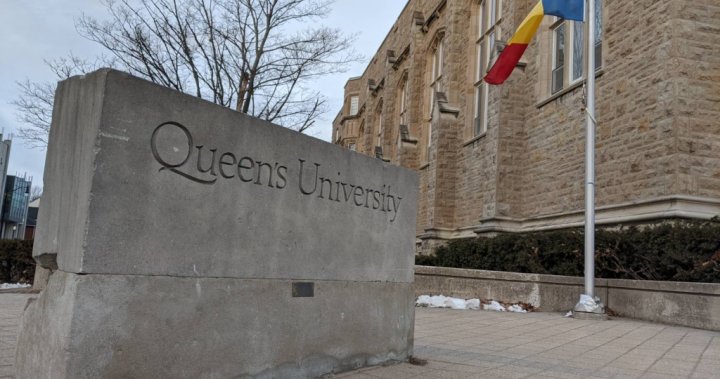 Two of chief medical officers of health from opposite sides of the country have come out to say the Omicron spread in their provinces may have links to a rugby championship held at Queen’s University in Kingston, Ont.

Dr. Bonnie Henry, a press conference Tuesday, said the University of Victoria is dealing with a COVID-19 outbreak, and some of those cases are Omicron variants.

She tied those to an outbreak linked to a rugby championship “that has sadly spread Omicron in university communities across the country.”

“There was some transmission from the varsity rugby team which participated in a rugby game, and I don’t have all of the details of how many teams were there, but it has led to outbreaks in several other universities across the country as well,” she said.

She added that some of the more recent cases are related to varsity rugby players that have tested positive for Omicron.

Tuesday, Dr. Robert Strang, Nova Scotia’s top doctor, said in a press conference that health officials are looking into the possibility that the Dalhousie University’s men’s rugby team may have brought the COVID-19 variant back to the province following the late November championship in Kingston.

“We’re also starting to understand there’s the potential that this is linked, initially, to a large outbreak that’s happening at Queen’s University in Ontario,” he said.

Though he said there were no direct links at this moment, the Dalhousie men’s team was present at the championships.

Despite these province’s statements, neither Queen’s University or KFL&A Public Health have confirmed an Omicron outbreak related to the championships.

In a statement, Queen’s noted that on Dec. 8, a COVID-19 outbreak was declared in the Queen’s varsity sports community. All training was halted, but the school maintains that the outbreak was “not directly related to any sports competitions or on-campus facilities.”

Dec. 8 was also the same day that Dr. Piotr Oglaza, medical officer of health for the region, told the media that a single case of Omicron had been detected through genome sequencing. That person, he said, was symptomatic Nov. 28.

Worst-case scenario: 2,000 COVID cases a day in B.C. as Omicron spreads in community

From Nov. 29 to Dec. 12, the school recorded more than 300 cases linked to the university. It’s part of a larger trend in the Kingston region of cases spiking wildly since that the beginning of November.

From Nov. 1 to Dec. 15, active cases went from a paltry nine to over 1,000 as of Tuesday. Before this fourth wave, the region’s highest number of active cases was 151. Case rates in Kingston have reached over 370 per 100,000, while the provincial case rate stands at just over 56.

On Monday, three of Kingston’s top doctors, including medical officer of health Dr. Piotr Oglaza, told the media that Omicron was well on its way to becoming the dominant strain in Kingston. Yet neither Queen’s nor KFL&A Public Health have come out to say that Omicron is driving the spread at Queen’s University.

Both organizations say they are investigating “suspected cases of Omicron” linked to the school.

KFL&A Public Health said that all cases are currently under investigation, but that contact tracers are working to a possible link to St. Francis Xavier University, in Antigonish, N.S. There is currently an outbreak at the university. Although the Anigonish university did not send their men’s rugby team to the championships in Kingston, the school did send a team to Kingston for the women’s championships over Nov. 10 and 14.

Last week, Global News spoke to a member of the women’s rugby team who was in isolation, along with her other teammates, after attending the men’s rugby championship.

“Men’s rugby nationals were at least two weeks ago, so we were all in fairly close contact over that week. Obviously, our entire team went to went to support and celebrate and spend some time with the men’s team,” Amelia Lawton said.

She also told Global News that several members of the women’s rugby team tested positive for COVID-19, but was not sure if it was the Omicron variant.

During his press conference, Strang noted that currently, Nova Scotia does not have a direct link to the Queen’s outbreak but said public health officials across the country are working together to try to put the pieces together of how the variant spread.

Omicron drives the spread of COVID-19 in Kingston, Ont., as cases rates reach over 350

Still, Strang noted that figuring out how it got here doesn’t change the outcome.

“The reality is it doesn’t matter so much for now where it started, where it stops. Omicron is here in Canada,” he said.

In a COVID-19 briefing Tuesday, Ontario’s chief medical officer of health, Dr. Kieran Moore, said Omicron was on its way to being the dominant strain in the province, and noted about 30 per cent of current cases in Ontario are suspected to be the new more contagious variant.

He said provincial measures, currently based on the Delta variant, may have to change to address Omicron in the province.