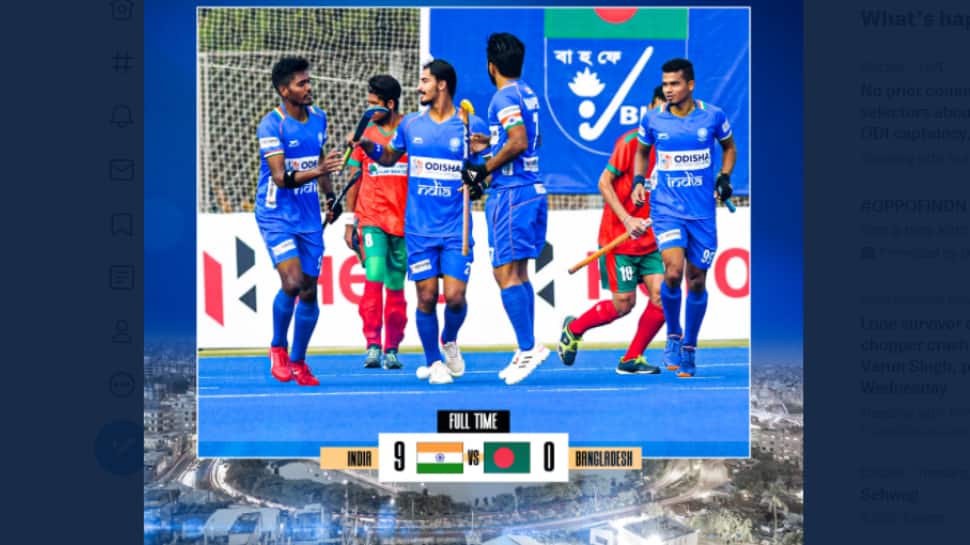 In between Lalit Upadhayay (28th) deflected in a variation from vice-captain Harmanpreet Singh’s flick from a penalty corner.

Akashdeep Singh (54th) also found the net from a field effort before Mandeep Mor scored his debut goal for the country from a set piece in the 55th minute.

Continuing his brilliant run at #BWFWorldChampionships2021 with precision & aggression @PRANNOYHSPRI registered another win. He beat __’s Liew Daren 21-7, 21-17 in the R32 and moved into the pre quarters _

If that was not enough, Harmanpreet also put his name on the score-sheet, perfectly converting India’s 13th penalty corner in the 57th minute.

Playing their first tournament with some new players after the historic Tokyo Olympics campaign, the Manpreet Singh-led India had earlier drawn 2-2 against Korea in their tournament-opener on Tuesday.

India will next play arch-rivals Pakistan in the round-robin stage here on Friday.