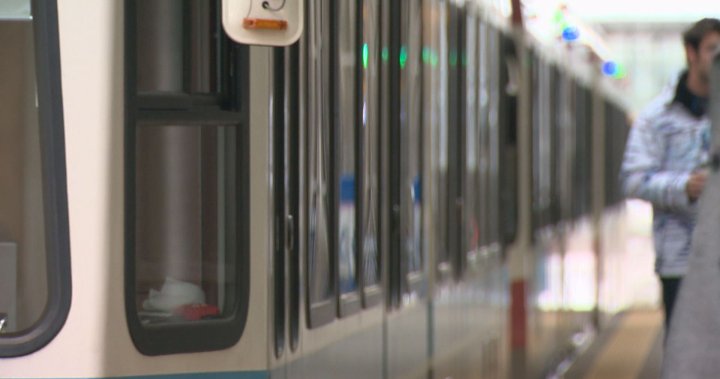 It’s the largest and most expensive infrastructure project in Calgary’s history, and advocates for the Green Line LRT project want to know how much it will cost when it’s fully complete.

It’s been four-and-a-half years since the city council at the time voted to build the Green Line in two stages.

The first stage will begin in Shepard in the city’s southeast, tunnel under the downtown core to a bridge across the Bow River, and run up Centre St to 16 Ave N.

The price tag for the first stage is pegged at $5.5 billion and is funded by the city, province and federal government.

The second stage would see the train line extended north to Keystone and south to Seton, but the cost of that extension is not yet known.

LRT on the Green, a group dedicated to advocating for the Green Line, is concerned that lack of information could be an issue to secure funding for the second stage to complete the entire 46-kilometre LRT line.

According to Jeff Binks, the head of LRT on the Green, the issue became pressing following the passage of Bill 73 in the Alberta legislature.

Bill 73, the Infrastructure Accountability Act, mandates the creation of a 20-year strategic capital plan for the government of Alberta within the next year. One of the criteria listed in the legislation is a full cost must be included in submissions for those capital infrastructure investments, Binks said.

“We’re going to need a price tag within the next year to make sure that, once we start building stage one, we keep building and we keep building until Green Line reaches the people that really genuinely need it,” Binks told Global News.

“We can’t afford to give the province of Alberta an excuse not to have Green Line on their 20-year list.”

Earlier this year, the provincial government approved the business case for the north-south LRT line after a review of the project.

According to project officials, delays have set back timelines for the Green Line LRT, which is now not expected to be completed prior to its previous target of 2026.

But the city’s mayor said completing the Green Line is a priority for the newly-elected city council.

“I have spent four years on council fighting for the north extension of the Green Line, prior to that I did so as a citizen… You’ve got a council that’s committed to that,” Jyoti Gondek said Tuesday.

“We’ve been long asking for cost estimates to make sure that work gets done and we need that delivered.”

However, the CEO of the Green Line project said those costs aren’t available.

Darshpreet Bhatti anticipates details on what is needed to complete the north leg of the line could be released in the near future, but due to several factors, any previous analysis on those costs would now be outdated.

“It all depends on how long it takes before we get to that stage, what the market conditions are, financial economic conditions are, where our funding partners are,” Bhatti said. “So there’s a lot of unknown and a lot of factors that would need to be taken into account at that point.”

Bhatti told Global News there has been progress on the groundwork for first stage of the LRT project, including the awarding of a contract to the company that will provide the LRT rail cars for the Green Line, as well as work to relocate underground utilities along certain areas of the route.

He said he is hopeful the city can award a contract for the design and build phase of the project sometime in early 2024.

In terms of the strategic plan for capital projects, the provincial government said it is to be used as a guide.

“The 20 Year Strategic Capital plan will inform how government invests in infrastructure over the long-term, including for major projects like the Green Line,” ministry of transportation spokesperson Rob Williams said in a statement.

Williams added the provincial government remains committed to its $1.53-billion share of the first leg of the LRT line.

In the meantime, residents in the city’s north-central neighbourhoods will need to rely on a rapid bus route in lieu of an LRT.

“I used to work downtown and I used to take the 301 (bus route), it’s fairly decent to get access to downtown and other places,” north-central resident Teresa Van Loon told Global News. “But it would be nice to have a quicker mode of transportation.”