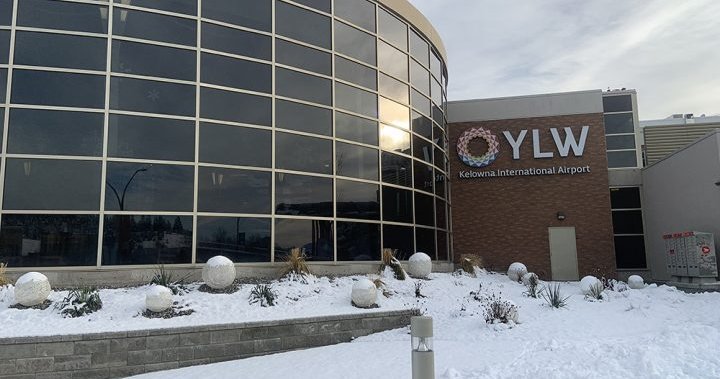 Connectivity between the Okanagan and Lower Mainland is starting to improve, B.C.’s Minister of Highways and Transportation Rob Fleming said Monday.

Fleming said road crews had made significant progress on the Coquihalla over the weekend and by Wednesday the province will be able to offer a better idea of when the route will be able to be opened again for commercial trucks.

Once it is, he said, Highway 3 will be re-opened for general travel.

That potentially could be during the holiday season but Fleming couldn’t say when. More is expected to be known by Wednesday.

He also said the provincial government is working with the airline industry on expanded regional routes.

“I noticed today that WestJet confirmed increased flights to Kelowna from Abbotsford and we are hearing other carriers expanding their schedule,” Fleming said.

“Both WestJet and Air Canada also announced price caps on those flights and added service in their offering to people traveling over the holidays. So this is all very good news and we appreciate the airline industry flying aircraft to help people safely travel, friends and family, visit different parts of the province over the holiday season.”

4:29
B.C. ski resorts racing to fill jobs ahead of the busy winter season

Michael J. Ballingall, from Big White, has been watching news about both air and road travel closely since storms shut down the route between the resort and the Lower Mainland.

He’s yet seen evidence of these increased flights Fleming referenced but did say that he knows that more carriers are working through the logistics of creating flights for both Kamloops and Kelowna now because there is “huge pent up demand.”

“We have a commitment from Air North, Swoop, Westjet and Air Canada that they look at adding extra capacity in Kelowna and Kamloops every day,” Ballingall said.

“We’re hoping with more air capacity we will see the price come down in air travel,” he said.

4:29
B.C. ski resorts racing to fill jobs ahead of the busy winter season

Whether that will help Big White recoup some of the bookings lost in time for the holidays remains to be seen. Currently, he said, people are still canceling for the Christmas season and air travel isn’t always the first choice for those looking forward to a ski week.

Rather, people who live in the Lower Mainland and had thought of traveling to the mountain over the holidays for a ski vacation are debating driving the route through the US, up Highway 97, and coming up again through Osoyoos.

That, he said, is about three hours longer a trip than they would have otherwise had.