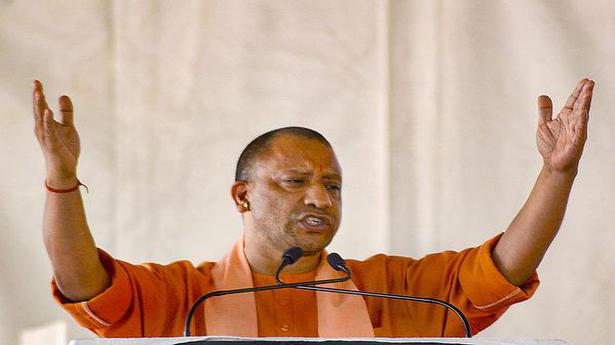 He extends the Government’s free ration distribution scheme till March 2022 when the Assembly election is due.

Prior to 2017, ration meant for the poor would land into the hands of the “ration mafia” and be sent to a different country from Uttar Pradesh, Chief Minister Yogi Adityanath said as he extended the Government’s free ration distribution scheme till March 2022 when the Assembly election is due.

Packets of salt, dal and edible oil with images of Mr. Adityanath and Prime Minister Narendra Modi imprinted on them were distributed to beneficiaries at an event in Lucknow on Sunday. Free ration — salt, edible oil, dal and sugar (packets of 1 kg each) — would be distributed to 15 crore people across the State through 80,000 ration shops, said the Government.

The extended free ration distribution scheme of the BJP-led Government fits into its multi-pronged campaign pitch of Hindutva and welfarism.

Free ration was distributed to the poor from April to November 2021 as part of the PM Gareeb Kalyan Anna Yojana to tackle the economic crisis brought about by the second wave of COVID-19. The State Government had also distributed free ration from April to June.

After distributing free ration from Ramnavami to Deepavali, the scheme was extended from Deepavali to Holi, said Mr. Adityanath, linking the food distribution to the calendar of Hindu festivals.

The Government was continuously fighting COVID-19, he said, stating that even though there were several countries which had better health facilities and were more prosperous than India, it had the “best Corona management.” And within the country, Uttar Pradesh had the best COVID-19 management, he said.