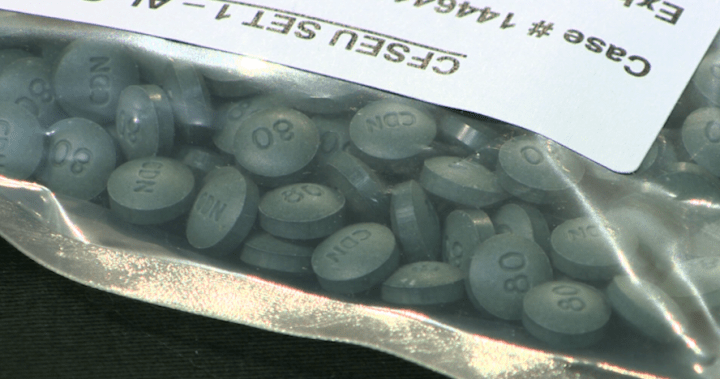 The Edmonton Zone Medical Staff Association (EZMSA) said the Alberta government’s response to the increase in the number of opioid-related poisoning deaths is “insufficient.”

In a recent letter, EZMSA’s opioid poisoning committee noted it reviewed the recent announcements made by the province between Dec. 4 to 8.

“I think some of the responses have significant positive elements, but perhaps some not focused in the way that evidence would suggest they should be,” said Dr. Stan Houston, U of A professor of medicine in the School of Public Health and member of the EZMSA Opioid Poisoning Committee.

The opioid crisis in Alberta in 2021 has been devastating according to EZMSA who added an average of four Albertans are dying every day from an overdose.

“It’s an unfolding disaster in our community,” Houston said.

Over the past week, the province announced several new measures to combat the spike in opioid-related poisoning deaths in Alberta.

Houston is glad the province is taking action but said there is room for improvement.

A week ago, the province announced funding for 8,000 treatment spaces — providing Albertans with the opportunity to access treatment and enter recovery every year, with no user fees.

“Many Albertans have traditionally not been able to access care due to user fees and a lack of funding,” Eric Engler said in a statement — press secretary to the associate minister of Mental Health and Addictions.

It’s a move the EZMSA opioid poisoning committee supports but said the treatment is not feasible for many Albertans.

“At any given moment in time there’s probably a fairly small proportion of individuals at risk who are ready, willing and able to engage in that kind of treatment,” Houston explained.

“There is really not that great evidence for (inpatient treatment) efficacy in people with opiate dependency.”

Houston noted it’s not just an addiction problem, the main concern is a toxic supply, something he said the association really wants to address.

“What has really changed dramatically in the last couple of years aside from COVID-19 is fentanyl. It’s way more potent and it’s unpredictable.”

The province has previously said it’s putting together a panel of MLA’s to look at the pros and cons of prescribing medication to people who use drugs.

It’s an app that alerts first responders if a person using substances becomes unresponsive to a preset timer.

The province said to date there have been over 650 downloads with more than 230 registered users.

“The DORS app is working as intended and is providing response to those who need it,” Engler added.

“As it is a confidential and anonymous service we will not be commenting any further on usage at this time. To be clear the app is a proven technology and is being successful at accomplishing its goal.”

Houston said there are data issues and there’s no indication it’s working.

“Really like to have some outcome results to demonstrate that this is safe and effective, which doesn’t exist at the present time,” Houston said.

“We would really like to have that information at a fairly granular geographic level, so we know where the problems are, where interventions are best placed and that has been distinctly lacking.”

The province’s statement also acknowledged “addiction involves more than just opioid use and includes other substances and processes.”

“Alberta’s government is completely focused on treating addiction as a healthcare issue and making sure that Albertans have access to a comprehensive system of care. This includes everything from prevention, harm reduction and intervention to treatment and recovery,” the province stated.

‘To them you are money — that’s it’: Human smuggling victim says desperation made him vulnerable