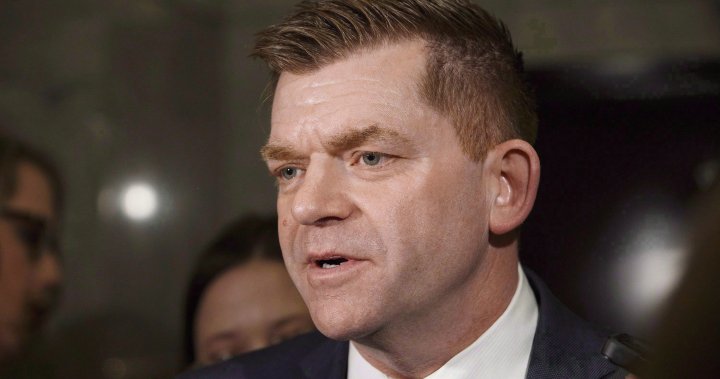 Jean said he received a call Sunday from the UCP president notifying him of the victory. He said he is going to use this opportunity to travel all across Alberta to push for change and a renewal of the UCP.

“I am coming back to Alberta politics to make sure that we solve the issues that we have with this party,” Jean said.

“Albertans are looking for hope and for change and I’m the person, I believe, that can bring that to the. And the UCP members in Fort McMurray voted for renewal this weekend. Lots of work is ahead of us but we can do it if we start now and if we work together to bring that renewal back to the party that we had such high expectations for.”

The seat in Fort McMurray-Lac La Biche has been vacant since August, when Laila Goodridge resigned to run for the federal Conservatives.

Jean ran in the 2017 UCP leadership campaign but lost to Premier Jason Kenney. Jean has previously called on the premier to resign and said Sunday he hasn’t changed his mind on that front.

“The only way that we’re going to survive past the next election successfully is if Jason Kenney resigns,” Jean said.

“It’s very clear to me now that most people believe that without him resigning we don’t have a chance in the next election.”

Brian Jean pursues UCP nomination for Fort McMurray byelection, says some in party ‘will want to stop me’

Duane Bratt, a Mount Royal University political science professor, said he wasn’t surprised to see Jean win, but added it will be interesting how he won the nomination.

“It’s not that he won. It’s that he won while campaigning against the party leader. It’s not something you see in Canadian politics,” Bratt said Sunday.

“He’s going into a byelection in Fort McMurray but he’s going to tour the province and that’s to drum up anti-Kenney support in advance of the leadership review in April. It’s like a soap opera.

“You’re going to have a byelection where no one supports the government. It’s absolutely wild.”

The NDP candidate for the riding, Ariana Mancini, congratulated Jean on his win Sunday night, but added “UCP MLAs haven’t delivered” for the region.

“Mr. Jean has made it clear, even this evening, that he is running because of his rivalry with Jason Kenney. I am running for the people of Fort McMurray,” Mancini said.

“I am focused on job creation, improving public health care, protecting public education, protecting our community from flood and fire and ensuring we have reliable EMS. These are the things I want to deliver for my community. We have a choice in this campaign and that’s the kind of message I want to send.”

Engineer and economist Joshua Gogo had also sought the UCP nomination in the riding.

A date for the byelection has not been set. Under the province’s elections laws, it must be announced by Feb. 15 and voting must take place within 28 days.