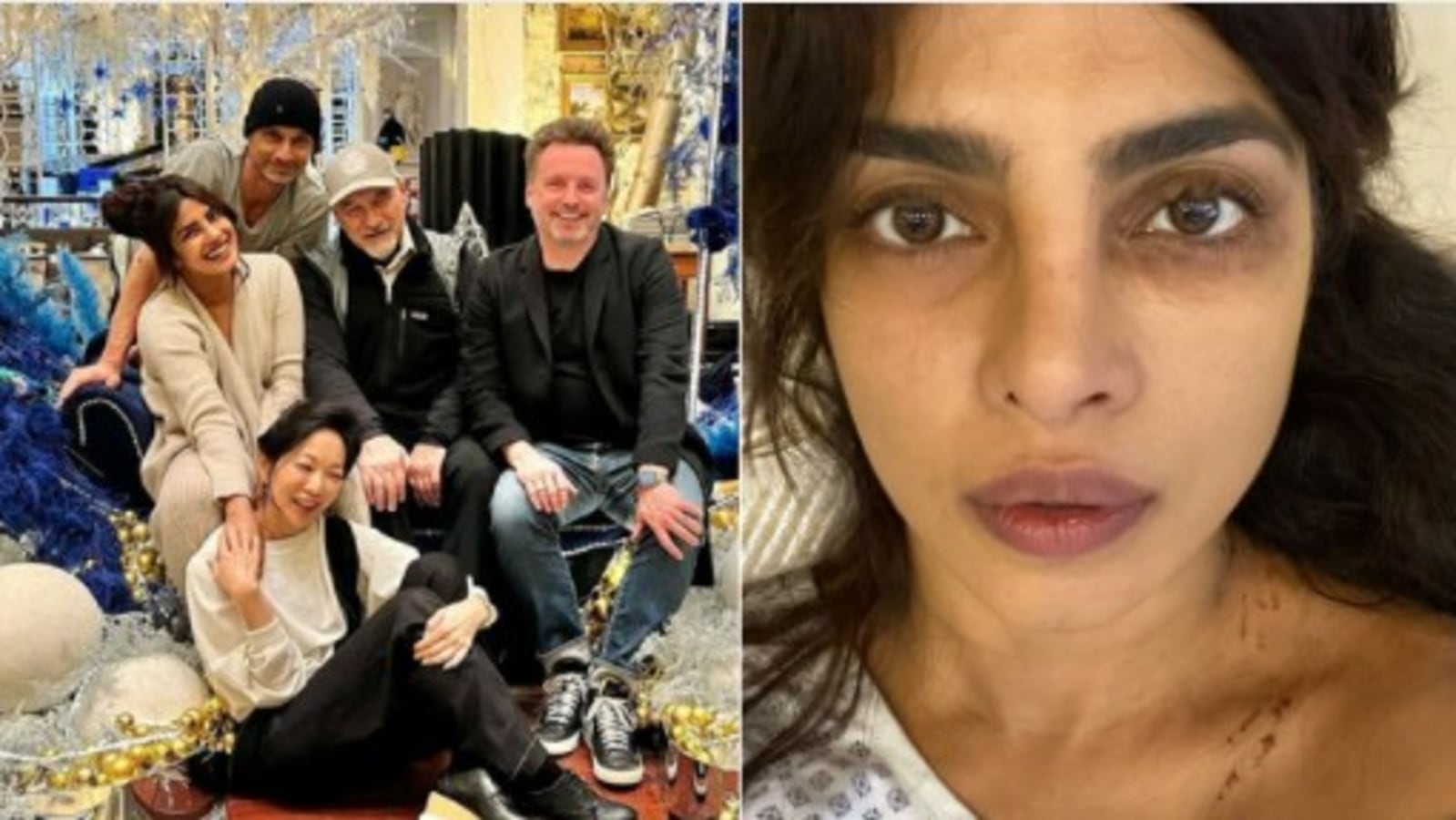 On Saturday, actor Priyanka Chopra shared a series of behind-the-scene pictures from the sets of Citadel. She announced that she has wrapped up the filming of the show.

Actor Priyanka Chopra has wrapped up the filming for her upcoming television series Citadel. The actor announced the same on Instagram on Saturday with several behind-the-scene pictures.

Sharing a series of photos from the sets of show, the actor called it the “most intense work.” She captioned the post, “Photo dump. It’s a wrap on #Citadel. Phew.. a whole year of doing the most intense work during the most intense time. It could not have been possible without this incredible lot of people. Some you see here some you don’t. It’s been hard but when you all see it.. it will be worth it! Onwards and upwards.”

In the pictures, Priyanka was seen chilling with the cast and crew of the series including Richard Madden, Ashleigh Cummings and writer Josh Appelbaum among others. In the last picture, Priyanka showed the bruises she got during the filming of the  show.

Earlier, Joe Russo, of the director-producer duo Russo Brothers, shared details about Citadel. Speaking to Variety, Joe said, “It’s sort of an experiment in narrative. It has a flagship show that then has regional shows that are built around the core idea. They’re complementary narratives. It’s regional talent producing and creating each one of those offshoot shows. It’s a big experiment in community and partnership.”

Revealing more details to Screen Daily, he said, “They are completing development on it. The flagship show has been shooting in London. It’s almost done on its first season. Once that gets released then the series of other shows will get released. I believe the Italian show is first, and then there will be an Indian show and a Mexican show.”

Citadel is one of Priyanka’s most anticipated projects and will release on Amazon Prime Video. She will also be seen in The Matrix: Resurrections next which releases on December 22.