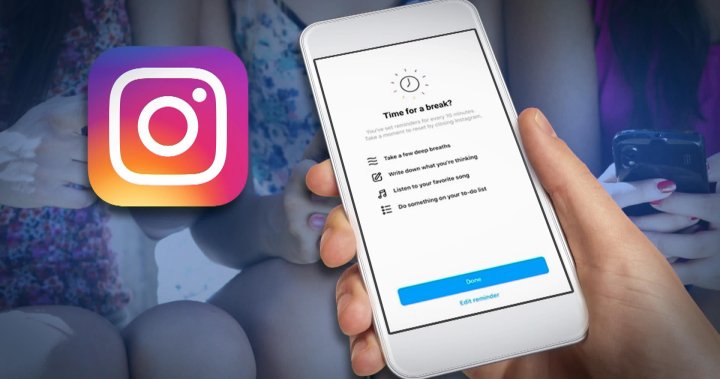 Social media is a big part of the day-to-day life of many teenagers.

But Instagram has kick-started a campaign to encourage youth to #TakeABreak from scrolling.

A new feature on the platform is meant to keep younger users safe. The tool is targeted at a younger audience but can be used by anyone.

Instagram will track and detect how long someone has been scrolling for and will remind them with a pop-up they should be mindful of how much time they are spending on social media.

Minister of Education, Dustin Duncan, says the new feature could be a positive for students.

“We want to help our students, our young people develop healthy habits when it comes to social media and part of that is just knowing when it’s time to just step back, take a break from social media,” said Duncan.

According to the Canadian Paediatric Society, a 2019 study showed three-quarters of Canadian parents are worried about how much time their kids spend on social media.

Children aged 10 to 13 are found to spend more than three hours a day on social platforms.

“I think that if I have the reminder, I’ll be like ‘oh, I actually have been on it so long’ and so I’ll be able to do my homework instead of procrastinating on my phone,” said Instagram user, Isabella Beck.

Duncan believes young people can be greatly affected by the false narratives on social platforms such as filters and photoshop.

“Social media can have a negative impact on people’s mental health,” said Duncan.

Through the #TakeABreak campaign, Instagram hopes to empower people to make smart decisions about their time, and focus more on their present experiences and conversations.

The pop-ups are expected to run until March.