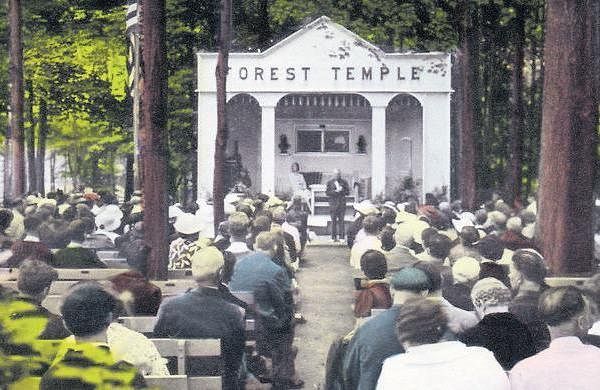 Should you be a traveller mourning the loss of a loved one, perhaps even a beloved pet, and find yourself in upstate New York, there is a good chance of you getting a chance at solace in Lily Dale, the oldest spiritualist commune in the US. Drive by the quaint Victorian homes slumbering along roads lined with red oak trees and you will spot signs saying “Medium Open” or see the Healing Temple. There is even a pet cemetery; no connection to Stephen King though the metaphor seems apt. Lily Dale founded in 1879 beside the Upper Cassadaga Lake and surrounded by massive forest, as a spiritualism summer camp, is now a destination for séances, sending and receiving ethereal messages, and training and overseeing mediums. Originally it was meant to be a town exclusively for spiritualists. Every year the commune, which gets around 22,000 visitors (the number hardly ever changes) between June and September, has around 250 permanent and semi-permanent members, of whom 36 are registered mediums who charge between $80 and $100 to send messages to the dead.

So who is a medium? According to Rev Dr Janice L Dreshman, an ordained spiritual minister at Lily Dale, a medium is “an intermediary between our physical world and the people, animals, and other beings who live in the realm of Spirit. In common parlance, a medium is someone who talks to dead people. A medium may also receive information from pets, angels, spirit guides, and others in the world of Spirit.” It’s not easy to be one here. At the message services, experienced seniors evaluate aspiring mediums on the stage. The seven mediums who comprise the Lily Dale Board of Directors and run the commune are tasked with testing them. Over a thousand people attend four message services: two alfresco at the Inspiration Stump, which Lily Dale claims is a spiritually charged tree stump covered with concrete, one at the Forest Temple which was set up in 1894 and the daily 7 O’clock Monday Night Circles. The procedure at all these services is similar to séances everywhere—after a short meditative prayer, a medium tries to listen to ghostly voices and asks the audience whether they recognise the dead person. These mediums are part of the Lily Dale Assembly, which has members worldwide. People from the world over can get readings from mediums through Zoom.

Apart from sensing spirits, the little town of Lily Dale also has a sense of humour. One sign reads, “I can read your mind and you should be ashamed of yourself.” There is a small museum of the town’s history with a spirit-message from Abraham Lincoln. But on no account should mediums be confused with astrologers or fortunetellers; mediums only pass on messages they get from the spirit world. In the present world where death and doom stalk the world in mutating forms, the message-bearers at Lily Dale see themselves as bridges between hope and despair.

Dubai Expo 2020 – Virtual Tour of the Pavilions with Thomas Cook

The Age of Elegance- The New Indian Express