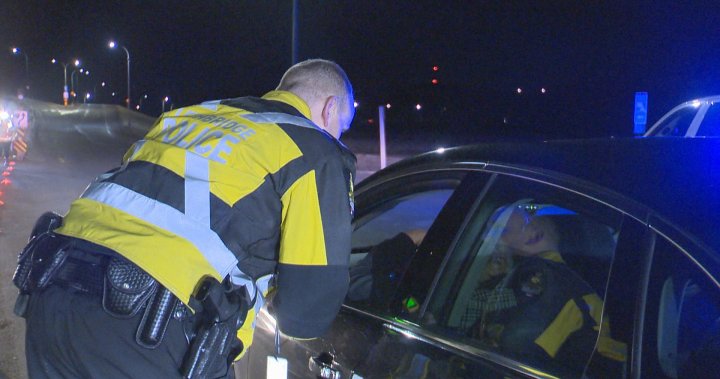 For the first time in two years, restaurants and catering companies are back to booking and hosting holiday parties; albeit a little smaller than the pre-pandemic norm.

Vanden Hoek says while the groups look a little different than 2019, the holiday cheer is back in full force.

“It’s companies, and there are some larger families that are coming in as well, because they know that they can spread out a little bit better,” she said.

“Sometimes people haven’t been together for a couple years and so they all want to get together so that nobody is doing all the hosting and work themselves.”

The return of holiday gatherings has some concerned about an increased risk of impaired driving.

Operation Red Nose is normally an option for people and their vehicles to get home safely, but the service has been cancelled for a second-straight year.

Ian Nimeck, owner of Lethbridge Driver Take Home, says many people in Lethbridge don’t realize how many options there are to get home safely in the city.

“No one wants to leave vehicles anywhere, they want to get their vehicles home safely, and they take a quick look around — there’s no police cars, there’s no cabs — and especially in the winter time, it’s cold, nobody wants to wait outside very long,” Nimeck said.

“They risk it, and that risk is not the best reward.”

Lethbridge Driver Take Home operates a year-round service that gets drivers and their cars home.

Many of Nimeck’s customers were thrilled with their choice on Saturday night, when many encountered the first Lethbridge police holiday check stop of the season.

“We were able to check just under 900 vehicles throughout the night,” said Acting Sgt. Brent Paxman of the Lethbridge Police Service traffic response unit.

“We started on Whoop Up Drive — which I know a lot of people were complaining about — but essentially we wanted to make sure that we were out and about and that it’s check stop season, and that they were getting home safely.”

Paxman says LPS got four impaired drivers off the road with the first check stop of the campaign.

According to police, the five-year high for the program was when 12 impaired drivers were identified at check stops in 2017; 2020 saw just one.

The campaign is set to continue for the rest of December, and Paxman says the goal is clear, though maybe not realistic.

“We’re out there checking for impaired drivers, but we’re hoping to get zeroes,” he said.

LPS said in a statement that four Immediate Roadside Sanctions (IRS) were also handed out for zero tolerance for those with a Graduated Drivers Licence, and one IRS 24-hour suspension. There were also 13 tickets written for other infractions, with seven involving alcohol or cannabis, and one firearm seized for safekeeping.