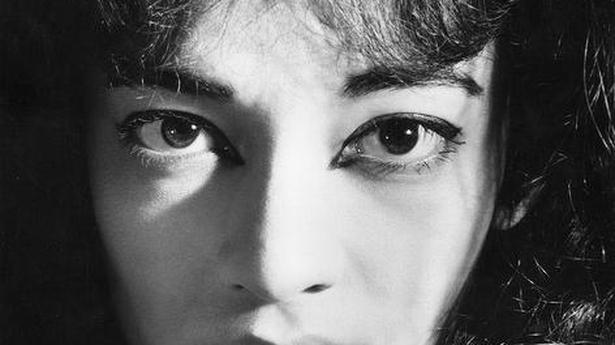 She believed that if we did not reach a point of breakdown with our voice and body, we were simply wasting our time doing theatre

A few days ago, I lost one of my dearest theatre friends, my most avid and soul-searching correspondent over the years, Alaknanda Samarth. In a way, her death was a blessing because she was spared the excruciating pain of cancer. And yet, even while she was coming to terms with her imminent death in the last two months, she spent much of her time reading and recording Eliot’s The Waste Land in counterpoint with the Upanishads.

Even as I face a loss of words in attempting to pay a tribute to Alak, I realise that words mattered deeply to her. Not just their meaning, but their resonance. She relished the concept and practice of dhvani. At one level, this was an uncanny, musical tuning to the sound of words — not just in English, but in a spectrum of languages, including her mother-tongue Marathi, her theatre language Hindi, and the language that she shared with her husband, Francois Duriaud, a veteran of Reuters, with whom she spoke in French. When I worked with Alak on an experimental performance piece called Prakriya, she amazed me with her capacity to repeat passages of Peter Handke’s Kaspar in Manipuri, along with songs in Marathi from sangeet natak, and Racine’s soliloquies spoken pianissimo in French. She was a profoundly multilingual being in her embrace of the world.

In addition to allowing her voice to bounce off the word into a creative unknown, Alak also had a formidable analytical capacity to probe the word with laser-like precision, extracting its subconscious layers. At one level, this training of the voice and script analysis was honed at RADA (the Royal Academy of Dramatic Art), where Alak was among one of the first Indian students to study with the now celebrated global star Anthony Hopkins. It seems that they did a lot of scenes together as students in acting class. Alak could regale one with many stories about her experiences as an actor at the National Theatre in London where she acted opposite Diana Rigg playing Phaedra in a daring adaptation directed by John Dexter. On British class hierarchies and bitchy backstage repartee in the theatre, Alak could be witty and sharp.

While her cosmopolitanism was of the flaming kind — she could flare up when dealing with bigotry and narrowness — it could not be easily accommodated within the politically correct tenets of official multiculturalism. Nor did she fit into the norms of strategy and compromise upheld by many “diaspora” artists. While she was at home in most parts of the world, she retained — indeed, deepened — a visceral connection to Indian performance traditions and cinema. At one level, this can be attributed to her own intimate family connections with mythical cinematic presences like Shobhana Samarth, Nutan and Tanuja, whose aura and grace fascinated her, even as she consciously chose another path for herself. Drawn to a different cinematic sensibility in later years, she played sharply nuanced, edgy roles in Kumar Shahani’s visionary masterpieces such as Khayal Gatha and Kasba, where she radiated a distinctive presence, poised between cinema and theatre.

In her early years in Bombay, spending long hours at the Bhulabhai Desai Memorial Institute, Alak encountered an “eclectic, hybrid, multidimensional atelier/ workshop/ community centre”. It was in this pluralist environment, throbbing with creative energy, that she worked with some of the pioneers of modern Indian theatre such as Ebrahim Alkazi and Satyadev Dubey. She never lost her love for Indian theatre culture, which deepened as she taught acting with an exacting passion to students from the National School of Drama and the Trichur School of Drama.

Our deepest conversations were on the Mahabharata. In this regard, her incarnation as Kunti in a minimalist, abstract monologue by G. Sankara Pillai, directed by Shahani, remains something of a landmark in its attempt to find a new tonality in performance. It was made all the more startling by its juxtaposition on the same evening with Jean Cocteau’s The Human Voice. This is an example of how Alak liked to make things difficult for herself: this was both her asset and her propensity for what seemed like an openness to self-destruction. In my own experience in attempting to direct her in Prakriya, I still remember being both exasperated and challenged by her conviction that if we had not reached a point of breakdown in our attempt to push the limits of the voice and the body, we were simply wasting our time doing theatre.

In retrospect, I realise that this is an Artaudian perspective — extreme, rigorous, but always open to the dark forces of the unconscious driving one’s sensibility into the void. Tellingly, Alak recently recorded Antonin Artaud’s metaphysical essay on ‘The Theatre and the Plague’, which she read with a kind of breathlessness in one sustained continuum. This feat becomes all the more memorable when one realises that Alak had recorded this long text during the pandemic on the telephone in what appears to be a single take.

Pushing the limits of ‘safe’ theatre, she preferred to do off-beat projects like reading Marguerite Duras’s India Song in a London pub. With the globally acclaimed visual artist Nalini Malani, she also collaborated on cutting-edge installations where she provided the voice for difficult texts by Heiner Mueller and Christa Wolf. Beginning with Mueller’s Medeamaterial, Malani describes their collaboration as a jugalbandi — perhaps one of the most dynamic interactions between a performer and a visual artist in recent decades.

With all these multiple achievements, one needs to acknowledge that Alak was never in the limelight, and in this sense, she may not be remembered in mainstream theatre circles. But, at a more spectral, global level in multiple locations of avant-garde persistence and daring, she will be remembered and loved by a spectrum of friends, students, and artists whose lives she touched with her radiant and inimitable energy.

Rustom Bharucha is a writer and dramaturg based in Kolkata.