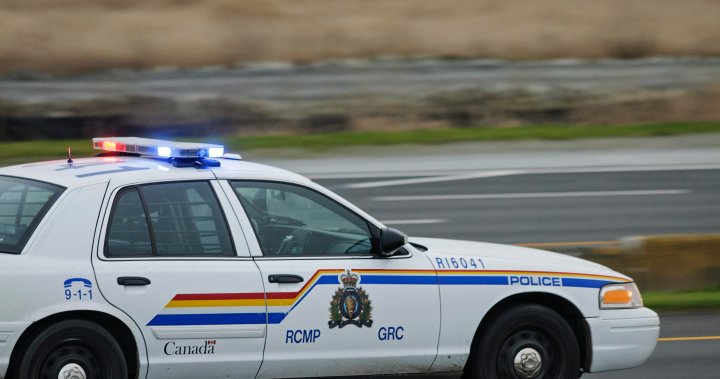 Jak, an RCMP police dog, is being credited with tracking down a suspected car thief who is alleged to have engaged Mounties in a lengthy pursuit this week.

The Vernon North Okanagan RCMP said that a truck was reported stolen on Wednesday and was seen travelling west on Highway 6 toward Vernon from Nakusp.

With the help of an RCMP helicopter, officers found the vehicle at about 11:15 a.m. and tried to pull it over west of Lumby.

“The vehicle failed to stop for police and fled at a high rate of speed west on Highway 6 toward Vernon, where an officer successfully deployed a spike belt, puncturing all four tires of the truck,” said Const. Chris Terleski of Vernon North Okanagan RCMP in a media release.

“The suspect continued to evade police, eventually turning onto Middleton Way where he abandoned the truck and fled into the residential neighbourhood on foot.”

Officers established a perimeter around the suspect and asked for an RCMP police dog to track down the man.

“Police Service Dog Jak deployed and quickly sniffed out the hiding suspect who was taken into custody safely and without further incident,” RCMP said.

The suspect, a 26-year-old man from Maple Ridge, remains in police custody and is facing a number of potential charges, including possession of property obtained by crime, flight from police, and dangerous operation of a motor vehicle.

Police are continuing to investigate the incident.