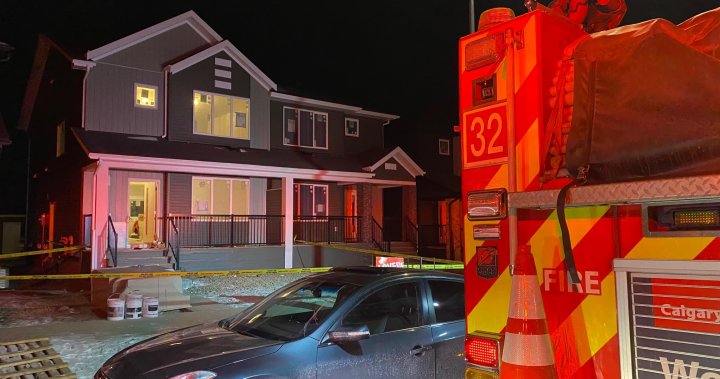 One man is dead and another was taken to hospital after a workplace incident at a home under construction in northeast Calgary.

Emergency crews were called to the semi-detached home in the northeast community of Cornerstone at around 1 a.m. Friday

Few details about the incident are known at this time, but the Calgary Police Service said the men were working inside the home at the time.

The CPS said it will conduct its own investigation alongside Alberta Occupational Health and Safety.

By 6 a.m., emergency crews had left the scene, but the front of the home remained cordoned off by police tape. A representative from OHS remained at the site Friday morning, and appeared to also be inside the home under construction next door.

Global News has reached out to the Calgary Fire Department and OHS for more information.